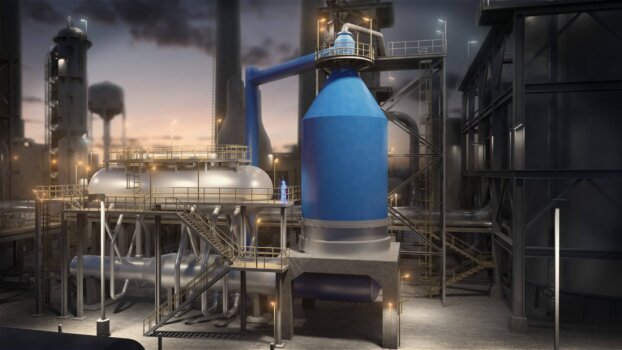 More plans have today (July 22) been unveiled for the multi-billion-dollar hydrogen energy complex in Edmonton, Canada, which was unveiled last month by Air Products, in conjunction with the Government of Canada and the Province of Alberta.

In a new update for the project, Haldor Topsoe said its low-carbon SynCOR™ technology will be deployed at the net-zero hydrogen energy complex to capture over 95% of the carbon emissions created through the production of blue hydrogen from natural gas.

With the technology expected to come onstream at the SunCOR™-based hydrogen facility in 2024, the Edmonton site will be able to produce hydrogen at large-scale with extremely low emissions and energy consumption – a key aspect of Canada’s Hydrogen Strategy, released in December last year.

On the news, Amy Herbert, Chief Commercial Officer, said, “We are very proud of our collaboration with Air Products, and that our SynCOR™ technology plays a central part in their landmark net-zero hydrogen project.