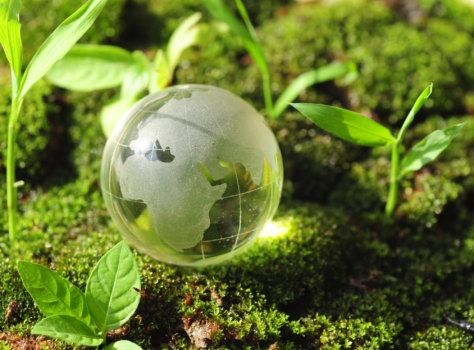 Hanwha Group wants to create a complete value chain for the green hydrogen industry – one that encompasses everything from production to storage, delivery and utilisation.

The South Korean company is currently developing its own water electrolysis technology, which generates an electric current without any harmful emissions, producing only clean, green hydrogen energy.

Simply put, water electrolysis involves passing an electric current through water to separate it into its two base elements: hydrogen and oxygen.

Emission free and easy to replace and maintain, these ultralight tanks could play an integral role in advancing hydrogen fuel cell technology’s commercialisation.

By making hydrogen production and storage safer for the environment, Hanwha is setting the stage for renewable energy to play a larger role in powering the cities of the future.

“Wouldn’t it be wonderful if the only byproduct of powering the countless vehicles, buildings and devices that we interact with every day was the most natural of all substances: water? Hydrogen fuel cells, which produce electricity by combining hydrogen and oxygen atoms, make this possible,” Hanwha said in a statement.

“What makes hydrogen so exciting as a potential energy source of the future is its sheer versatility.”

“Hydrogen energy is so versatile that it can be blended into the networks that power our homes and commercial buildings, or used as fuel in industries that have limited low-carbon options available, such as shipping and aviation.”

“However, because the traditional process for collecting hydrogen, known as steam methane reforming (SMR), results in large quantities of carbon dioxide being released into the atmosphere, establishing hydrogen as a viable source of clean energy will ultimately require its production methods to become greener.”

“The key to achieving this lies in advancing so-called ‘green’ hydrogen. Unlike ‘grey’ hydrogen, which is produced using carbon dioxide-emitting fossil fuels like oil and coal, green hydrogen is produced by utilising renewable, emissions-free energy sources like solar power.”