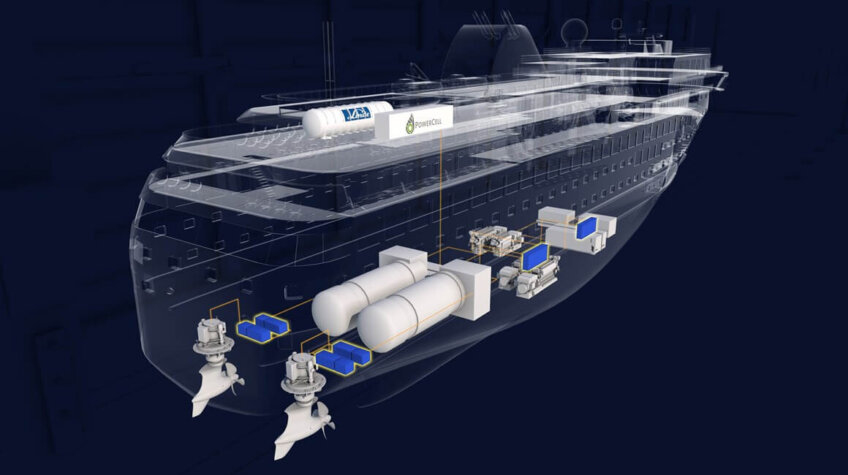 Havyard Group has established a separate company for its complete hydrogen systems for ships to meet market demand.

The Norwegian shipbuilder has carried out research and development work on hydrogen propulsion for large vessels for several years now, in order to develop a large-scale maritime hydrogen project.

Havyard said it will have the first system ready for approval in principle next year, and its know-how and expertise will now be brought together in the newly formed company Havyard Hydrogen.

Both the Norwegian authorities and International Martime Organisation (IMO) have made it a goal to reduce emissions from shipping by at least 50%.

Gunnar Larsen, CEO of the Havyard Group, said if we are to achieve this goal, many ships will have to sail zero emissions.

“We are seeing increasing interest in the market for hydrogen,” Larsen said. “This form of energy produces zero emissions at the same time as it is the most technologically mature for large vessels sailing over relatively long distances.”

“With our know-how and expertise in hydrogen, we are in an excellent position to be among the leading players in the development and delivery of hydrogen systems.”

“We are therefore establishing Havyard Hydrogen AS to offer customers a complete solution for hydrogen-powered ships.”

Havyard Hydrogen will be the system integrator and will deliver complete hydrogen energy systems for ships in cooperation with partners and subcontractors.

Kristian Osnes from Havyard’s R&D department will be Executive Vice-President of Havyard Hydrogen.

Osnes said Havyard has accumulated a lot of know-how about hydrogen as a result of recent years’ development work, adding that the group’s research work has focused on large-scale systems, unlike previous maritime hydrogen projects, which have concentrated on lower output and smaller vessels.

“We can now offer a system with 3.2MW fuel cells. This will make it possible for large vessels to sail with zero emissions over longer distances,” Osnes said.

“At the same time, the system is scalable and can be used by both large and small vessels.”