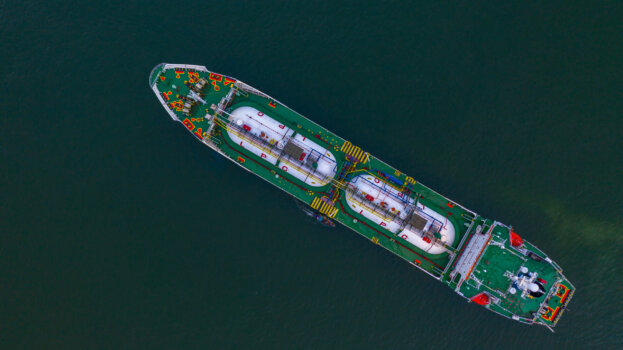 Currently, a huge proportion of the world’s energy demand is satisfied by natural gas because it is cleaner and more flexible than alternative fossil fuels such as coal and petroleum. More recently, the production and distribution of liquefied natural gas (LNG) has become an established link between energy-producing nations and energy consumers.

However, the need for clean, zero-carbon fuels such as hydrogen is paramount to enable the phasing out of fossil fuels and protect the environment. Overseas distribution of liquid hydrogen (LH2) may become as common in the future, as LNG is today.

In recent years, businesses have invested heavily in scaling up green hydrogen production. As an example, ACWA Power and Air Products are set to build a 4 GW green hydrogen production complex capable of 650 tonnes per day of hydrogen in NEOM, Saudi Arabia. That project proposes to convert the hydrogen to ammonia for shipping to overseas markets. The shipping of ammonia is preferred over LH2 because there is an established global infrastructure for the distribution of bulk ammonia, but not for LH2. In order to enable the distribution of pure hydrogen at a similarly large-scale over long distances, HESC (Hydrogen Energy Supply Chain), the world’s first demonstration project to transport liquid hydrogen via the sea, is an essential step in the scaling up of hydrogen as an energy vector in the 21st century.

International appeal for liquid hydrogen transportation
As of 2014, around 3,500,000km of pipeline in 120 countries around the world were used for natural gas transportation. Many of these pipelines may be adapted for use with hydrogen.