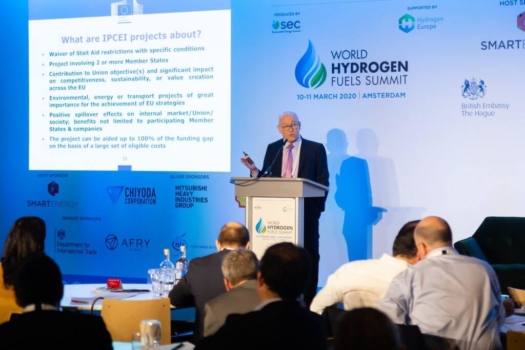 More than 100 senior government and industry leaders joined 30 speakers, seven sponsoring companies and 15 supporting associations to discuss the challenges of hydrogen deployment and agree on a roadmap towards the implementation of a hydrogen economy earlier this month at the World Hydrogen Fuels Summit.

Produced by the Sustainable Energy Council with the support from Hydrogen Europe, the two-day summit aimed to advance the discussions across the hydrogen and energy value chain, while driving international and cross-sector collaboration by highlighting successful case studies and promoting solutions to the key barriers of deployment.

Highlights from the summit included:

Watch more highlights from the summit below.