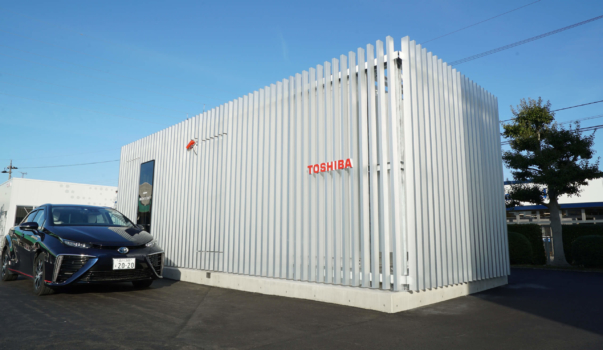 The first hydrogen station in Japan’s Hokuriku region was opened at the end of December (2019).

The H2One™ Station Unit, made by Toshiba ESS, is a system which produces hydrogen using electric power generated by renewable energy and supplies hydrogen to fuel cell vehicles.

The system is capable of producing enough hydrogen for eight hydrogen fuel cell vehicles per day, refuelled in three minutes at the fastest speed.