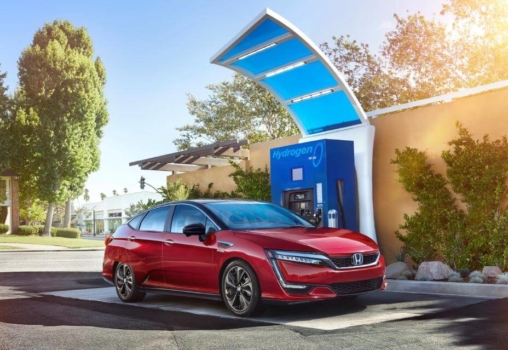 A leader in the fuel cell vehicle space since the beginning, offering the first fuel cell electric vehicles (FCEVs) in the US, Honda has long believed in hydrogen as a clean fuel and its role in a carbon free future.

Whilst the company has had a foot in the hydrogen market for many years now, its boom moment arguably hit in December 2016 with the launch of its Honda Clarity Fuel Cell – a landmark moment for both Honda and the FCEV market.

Speaking to H2 View in a recent interview, Marc Deutsch, Manager Electric Vehicles at American Honda Motor, said, “The Clarity Fuel Cell was the next step in the FCEV evolution.”

“The stack in our new Clarity Fuel Cell is 35% smaller than our previous system which allows us to package the entire system (stack, motor and control) in the engine compartment. This is a key result of our efforts to advance our core fuel cell stack technology.”