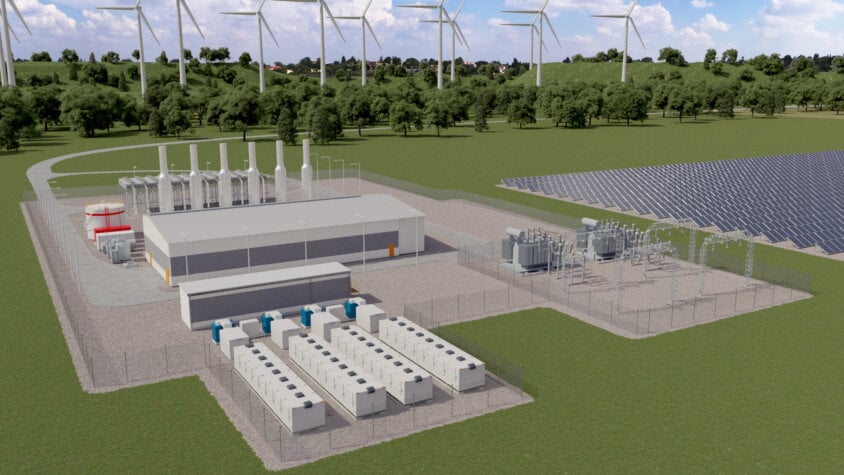 How flexibility can enable a 100% renewable energy future

This year marks the sixth anniversary of the Paris Agreement, a legally binding treaty signed by global governments which aims to limit global warming to well below 2 degrees Celsius compared to pre-industrial levels.

We have a vital year ahead of us, as nations will soon be called upon to strengthen their commitments this November at the COP26 climate change conference.

We’re making huge progress in the energy sector. Global renewable energy installations hit record levels last year and it’s anticipated that green energy is on track to become the world’s largest power source in 2025. This is a remarkable achievement in just a few years, as renewable energy has turned from a challenger technology into the cheapest form of new energy generation.

So how do we enable renewables to scale up to that degree without causing havoc to the existing, outdated electricity grids that have been around for generations?

At Wärtsilä, solving the climate emergency is at the core of what we do, so we drilled into the data in our Atlas of 100% Renewable Energy – which shows the cost-optimal capacity mix for 100% renewable electricity systems in 145 countries and regions around the world – to find the answer.

What we found is that we must build in flexibility as the enabler of the renewable energy transition, in the shape of future-proof gas engines, energy storage and optimisation.

The message in last month’s UN climate report is clear: we’re heading towards climate catastrophe. To decarbonise at the lowest cost, high levels of renewable energy must be scaled up by 2030.

To help illustrate the scale of the challenge at hand we looked at the energy systems of G20 countries and found that it would require 12,364GW of power capacity by 2030 to enable a 100% renewable energy grid. That’s 11 times the total generation of the US today.

This would primarily be generated via wind and solar power, which would need to be supported by a total 3,408GW of flexible power capacity, in the shape of energy storage and balancer engines, for renewables to become our baseload energy source.

Not only would this flexibility enable the massive expansion of renewables we need, but it would also be the lowest cost route to decarbonisation – as the addition of balancer engines alongside energy storage would save almost 40% compared to the cost of achieving the transition with storage alone.

While battery storage has earned its reputation as the work horse of energy systems, our modelling and lived experiences in countries around the world shows that a combination of assets, including engines, is needed to reliably balance the grid. It is only by developing a healthy eco system of technologies that we can empower renewables to become baseload.

That’s exactly what we’re offering through our agile, fast-starting, Wärtsilä 34SG Balancer, a gas engine power plant solution, which is capable of ramping up to 10.8MW in two minutes to seamlessly integrate with intermittent renewables and provide power to meet fluctuations in supply and demand.

Wärtsilä’s power plant gas engines currently run on natural gas, biogas, synthetic methane or hydrogen blends. But we are actively developing the combustion process to allow the burning of 100% hydrogen and other future fuels.

By coupling high levels of renewables with electrolysers that absorb wasted power, utilities will be able to maximise energy production and create new revenue streams by producing carbon neutral fuels through this excess energy generation. These carbon neutral fuels can then be burnt to generate electricity, in engines like ours, or used to decarbonise other sectors.

Energy storage is rapidly becoming a key asset for global energy markets and will play a vital role in supporting the global increase in renewables, alongside engine technology.

For example, our G20 analysis showed that the United States is one of the countries with the greatest need for agile flexible solutions. The US requires 674GW of flexible generation, comprising 495GW of battery storage and 178GW of flexible gas. This is due to the extremely high potential for intermittent wind and solar energy production in differing parts of the country.

We recently announced that we will be installing our advanced energy storage technology, GridSolv Quantum, as part of two major projects in southern Texas. Quantum is a fully-integrated, modular and compact energy storage system, which improves grid reliability and performance while enabling the further decarbonisation of electricity markets.

Alongside engines and storage, the final pillar in our flexible foundations is our sophisticated GEMS energy management system – a smart software platform that dynamically optimises energy systems. The system enables the effective integration of renewables, storage and engines into the grid, ensuring stable and uninterrupted power generation and delivering economic and environmental benefits to society.

The window of opportunity to accelerate the ambition of the Paris Agreement in line with science is closing quickly.

The progress we have already made has been vast, but the challenge of tomorrow is even greater, as demonstrated by IRENA’s World Energy Transitions Outlook, which revealed the harrowing truth that the gap between where we are and where we should be is widening.

We must take drastic action now.

To realise and exceed the ambitions of the Paris agreement, we need to enable wind and solar to flourish by delivering a flexible energy system which can deliver our 100% renewable energy future. 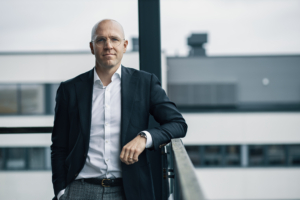 Hydrogen is an important piece of the energy transition “puzzle”, says Björn Ullbro, Vice-President for Europe and Africa at Wärtsilä Energy Business.

“Hydrogen is a very good medium to store and transport energy. Where it has failed in the past has been on the basis of competitiveness, but what’s aligning now for hydrogen is a very affordable level of renewable energy cost and a very clear decarbonisation policy,” Ullbro said.

Did you miss this interview from August 2020? Read it in full here.