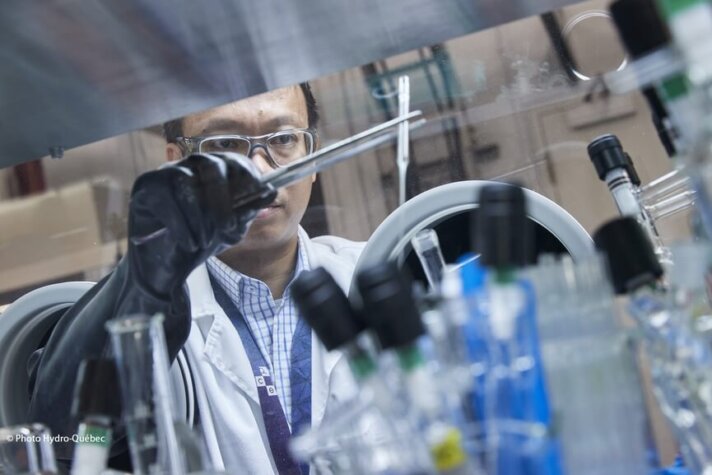 A new hydrogen storage technology is one step closer to commercialisation.

Developed by the University of South Wales, the technology allows hydrogen to be absorbed at higher concentrations and densities thus increasing its capacity for storage.

Today (19th March), the commercialisation of such technology took a major step forward thanks to a new partnership between Hydro-Québec’s Centre of Excellence in Transportation Electrification and Energy Storage and the University of South Wales.

Under the agreement, the partnership will transfer the patented hydrogen storage technology arising from USW research to Hydro-Québec, to enable its commercialisation as part of ongoing efforts to decarbonise industry and provide cleaner sources of energy.

Commenting on the news, Jean Matte, Senior Director of Hydro-Québec’s Research Centre (CRHQ), said, “Hydrogen is considered an important key to allow the decarbonisation of several sectors of the economy which cannot easily be electrified. However, several challenges need to be overcome in order to bring it to mass market, with a major one being its storage.”

“The Sustainable Environment Research Centre at USW and colleagues working in Chemistry, have been working to develop hydrogen-based technology for many years. They have built-up considerable expertise in this area by working with our international partners, including Hydro-Québec.”

“Supporting a sustainable environment is something that we are continually working towards as part of wider efforts to decarbonise sectors such as industry and transport, to improve air quality and limit long-term health impacts.”

Professor Paul Harrison, Pro Vice-Chancellor for Innovation and Engagement at the University of South Wales, added, “This agreement with Hydro-Québec to commercialise our research into hydrogen storage is a fantastic step forward and one which we hope will have a real impact on enabling greater use of green energy and tackling climate change.”