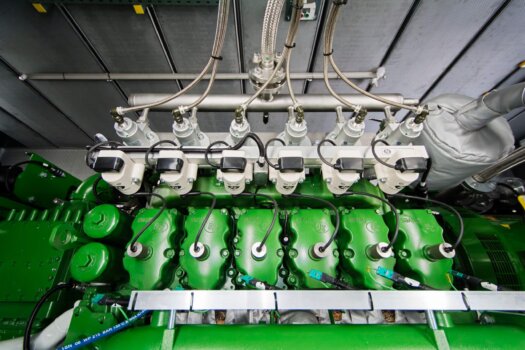 Hydrogen an important part of the solution to reduce emissions

The energy transition is a path toward transforming the global energy sector from fossil-based to zero-carbon in the coming decades. One of the greatest gifts of innovation is the ability to solve the challenges of humanity and to do so in new ways that are environmentally responsible and sustainable.

As a result of ongoing technological innovation, it is possible to meet the demand for energy production while also achieving aggressive carbon reduction goals. For example, the development of hydrogen as a fuel source provides one of the most viable pathways to a low-carbon future.

Hydrogen is considered an important part of the solution to reducing carbon emissions. After being discussed for decades, hydrogen is now in the early stages of large-scale adoption in the energy supply. As low-carbon fuel options evolve over the coming decades, hydrogen will play a large role in decarbonisation efforts globally.

There are several drivers of the growing demand for hydrogen as a fuel source. It has unique and highly compelling characteristics: Hydrogen emits no carbon in combustion and can be considered a zero- or lower-carbon fuel, depending on the energy source used in its production. It offers great flexibility and enhanced energy security, as it can be generated from a variety of resources either locally/on-site or centrally for distribution.