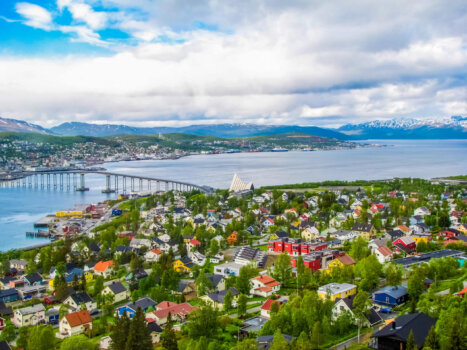 Hydrogen-based maritime fuel to be produced in Tromsø, Norway

Shipping accounts for vast amounts of carbon emissions on a yearly basis, however a new agreement aims to tackle this through the development of hydrogen-based maritime fuel in Tromsø, Norway.

The companies involved, Magnora ASA, Prime Capital and Troms Kraft, will create a facility for the large-scale production of green hydrogen that will then be processed in green ammonia to be used in maritime applications.

With an extensive network of fishing and logistical operations in Tromsø, producing clean maritime fuel for the industry is paramount and, with a surplus of green electricity from hydropower and onshore wind, it is perfectly situated for producing green fuels.