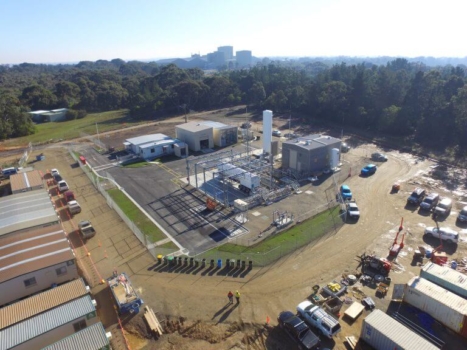 Construction of the Hydrogen Energy Supply Chain (HESC) Project’s Hastings site, in Victoria, Australia, where hydrogen will be liquefied, stored, and loaded onto a ship for export, has been completed.

At the Latrobe Valley coal gasification and refining facility, the end of construction is imminent, and commissioning is underway.

In Latrobe Valley, where coal gasification and gas refining will take place, logistics delays caused by Covid-19 have been managed to minimise impacts on the building timeline.

“Despite the challenges, construction and commissioning is scheduled to be completed by the end of September”, said Non-Executive Director of J-POWER LV, Jeremy Stone.

Complex building and engineering works have been occurring not just in the Latrobe Valley but in Hastings too, where the construction of Australia’s first hydrogen liquefaction facility is now complete.

With a footprint equivalent to one-quarter of an Australian Rules Football (AFL) field, the small site houses critical pieces of infrastructure for the HESC Project – the liquefier and liquefied hydrogen tank.

“These are significant milestones for HESC Project, and also for Australia in terms of becoming a leading country for hydrogen export in the future” said General Manager for Hydrogen Engineering Australia, Hirofumi Kawazoe. 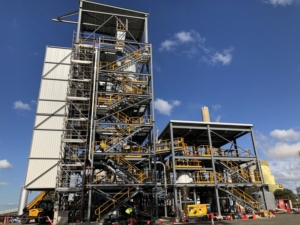 This technology has been in use for more than 25 years.

In Japan, the HESC Project has achieved another major achievement recently with the completion of construction of its Kobe liquefied hydrogen storage and unloading terminal.

The terminal is the final component of the project’s supply chain. The world’s first liquefied hydrogen carrier, Suiso Frontier, will transport its cargo from the Port of Hastings to the Kobe terminal.

With the demonstration of the HESC Project about to commence, it was recognised last month as a contributor to Australia and Japan’s Covid-19 recovery.

In a joint media release, it was stated, “The leaders highlighted their determination to support a robust economic recovery and rebuild more sustainable, inclusive and resilient economies.”

“The leaders acknowledged energy transitions, including through the Hydrogen Energy Supply Chain Pilot project in Victoria, and implementation of the Memorandum of Cooperation on Carbon Recycling signed by ministers in 2019, will be part of the recovery strategy.”