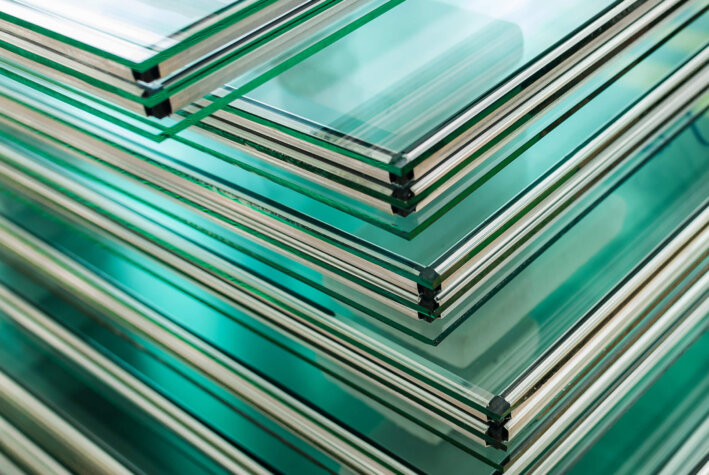 One of the world’s first large-scale demonstrations of 100% hydrogen firing in a live float sheet glass production is underway in the Liverpool City Region.

Such effort is part of the HyNet Industrial Fuel Switching project, led by Progressive Energy, which aims to show that low carbon hydrogen from is a suitable alternative to natural gas.

In this particular project, industrial gas company BOC will provide the hydrogen fuel.

Commenting on the demonstrations, Matt Buckley, UK MD of Pilkington United Kingdom Limited, part of the NSG Group, said, “Pilkington UK, and St Helens, are once again at the forefront of innovation in industry with this world first hydrogen trial on a float glass line.

“The HyNet project would be a massive step to support our decarbonisation activities. This full-scale production trial over several weeks successfully demonstrated that it is possible to use hydrogen to safely and effectively fire a float glass plant.

“We now look forward to the HyNet concept becoming a reality.”

The Pilkington project is just one of several projects underway in North West England, lead by HyNet, to decarbonise various sectors including glass, food, drink, power and power to waste.

Under such plans, HyNet will begin to decarbonise the North West from 2025. And by 230, believes it will be capable of removing up to 10 million tonnes of carbon from across North West England and North East Wales each year.

On its plans, David Parkin, Director of Progressive Energy and Project Director of HyNet North West, said, “Industry is vital for the economy, but is difficult to decarbonise.  HyNet is focused on removing carbon from industry through a range of technologies including the capturing and locking up of carbon and the production and use of hydrogen as a low carbon fuel.

“HyNet will bring employment and economic growth to the North West region, kick-starting a low carbon hydrogen economy.  We are focused on reducing emissions and protecting the North West’s existing 340,000 manufacturing jobs and creating over 6,000 new, permanent jobs, setting the region on course to be the world leader in clean energy innovation.”

No emissions, only water: Cadent decarbonising the gas grid with hydrogen 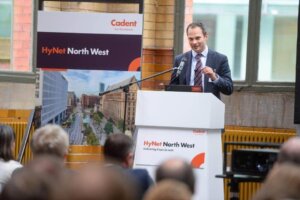 Gas plays an enormous role in the UK energy system. It heats our homes, cooks our food and helps create the electricity that we use every day.

But the UK’s gas network is also responsible for 35% of the country’s total greenhouse gas emissions, meaning decarbonisation is essential if the UK is to meet its current ambitious climate target of net zero emissions by 2050.

Decarbonising it will be a major undertaking, necessitating changes to the UK gas network on a scale not experienced since gas first arrived in homes more than 60 years ago.

Hydrogen offers potential as a zero or low carbon energy source alternative. This is because when hydrogen is burned it doesn’t produce carbon dioxide (CO2), only water and heat.

A first-of-its-kind trial is currently underway in the UK investigating whether the gas network could be adapted to transport hydrogen, either as a blend with natural gas or a complete conversion to hydrogen.