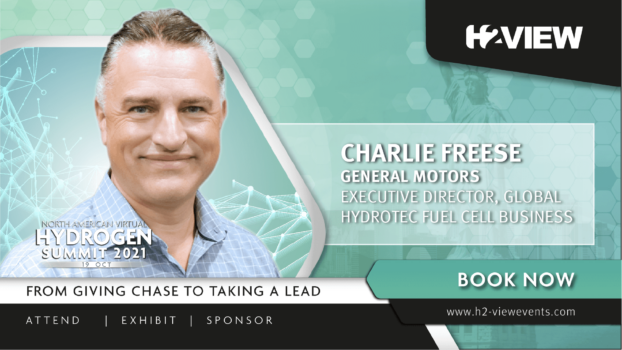 The cost of hydrogen fuel cells is dramatically decreasing says Freese, “You can see fuel cells are on a dramatic reduction in costs, basically coming down half of their cost in a single generation sometimes.”

With this, Freese drew correlations with former advanced propulsion inflection points, with an image of 1917 New York featuring a horse for mobility with a tram and car in the background presented to reference the novelty of the new technology when it was introduced.

Freese told the H2 View Virtual summit, “We’re sitting at a very similar point in time right now, we are at a new inflexion point and we’re moving into a world of electrification that seems pretty clear, but there are a lot of questions and there are a lot of challenges that remain.