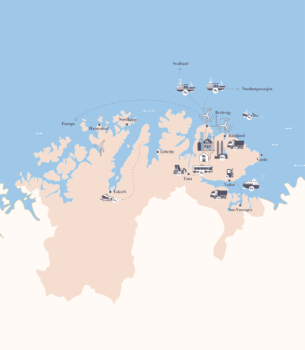 Hydrogen has entered a new era

For those of us who have been involved in the hydrogen sector for decades – 20 years in my case – it is the moment that we have all been awaiting: hydrogen is now regarded as central to Europe’s decarbonisation strategy and its use in the European energy sector and industry. The good news is that hydrogen will certainly help to reach climate change targets and potentially climate neutrality in Europe by 2050.

Hydrogen comes in many colours, but green hydrogen, or renewable hydrogen produced from water electrolysers powered by renewable energy sources, at large scale has been identified as a necessary measure to reduce significantly and even eliminate greenhouse gas emissions (GHG). Industrial-scale blue hydrogen will still be mainly produced through natural gas steam reforming (e.g. from SMR – steam methane reforming) during this important transition period [1].

So, what is the role of Norway in the hydrogen sphere?

Although the Norwegian hydrogen strategy published in June 2020 [2] was not “aggressive” enough, it clearly highlights great opportunities for the Norwegian industry in this growing and prosperous market as well as the country’s potential in the domestic and export markets with value creation along the entire hydrogen value chain.