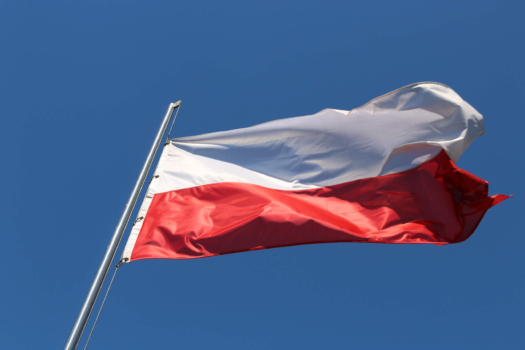 Włocławek, Poland, will soon be the home of a new hydrogen hub that will produce up to 600kg of purified hydrogen per hour.

Due for completion in 2021, the project will include the construction of a plant that will produce fuel-cell grade hydrogen, logistics infrastructure and hydrogen refuelling stations.

Polish oil refiner and petrol retailer PKN Orlen will build the new hub that will initially run at capacity of ca. 170kh per hour.

“We are well aware of the challenges posed by the global trend of new mobility, so our strategy provides for constant development of alternative fuels and low-emission technologies,” said Daniel Obajtek, President of the PKN ORLEN Management Board.

“We are confident hydrogen will be an important transport fuel in the future, so we are ramping up our work in this field. Our goal is to strengthen our leadership position in the demanding hydrogen market.”

“Slated for completion next year and sited in Włocławek, the project will be a milestone enabling us to successfully compete with the biggest players in the region. As a next step, we plan to build a similar hub at PKN ORLEN’s refinery in Płock.”

Initially, the hydrogen undergoing purification at the Włocławek site will be distributed primarily for use in public and freight transportation, including rail transport.

The company has already signed multiple letters of intent for collaboration on advancing hydrogen-powered public services in the region.

As the market expands the hydrogen from the hub will also be used in passenger cars and coaches. In the long term, the company hopes to supply its hydrogen for ship and ferry applications.

“A hydrogen-powered public transport network has a real impact on return on investment in charging stations, supporting the nascent yet very promising hydrogen-powered private transport market, which also falls within the scope of PKN ORLEN’s strategic capex projects,” said Józef Węgrecki, Member of the PKN ORLEN Management Board, Operations.