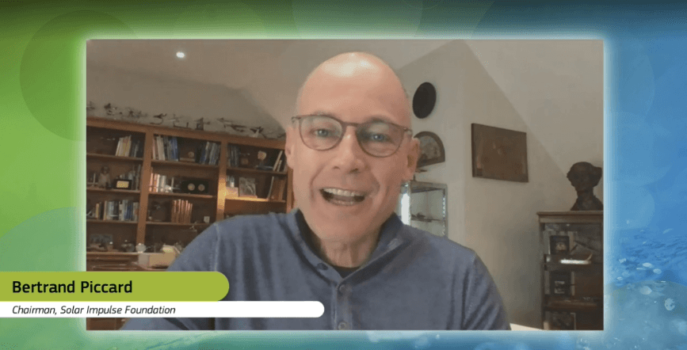 Hydrogen is not the future, hydrogen is the present, says Bertrand Piccard as he opens first ever European Hydrogen Week

“Hydrogen for aeroplanes: is it a dream or not?” Bertrand Piccard asked this morning as he opened the first ever European Hydrogen Week.

“The Wright Brothers flight in 1903 was considered to be completely impossible and people were laughing at the Wright Brothers until they succeeded and managed to fly. 66 years later there were two men on the Moon.”

“So, when you see Airbus announcing that 2035 will be the year for hydrogen aeroplanes, don’t laugh, they will do it, they will absolutely do it.”

The Swiss pioneering explorer knows a thing or two about aeronautical firsts around the world. He made history in 1999 to become the first to complete a non-stop balloon flight around the globe, alongside co-pilot Brian Jones, in a balloon named Breitling Orbiter 3.