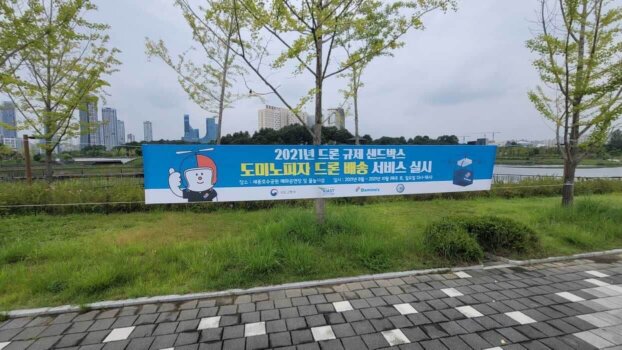 The new service was launched at the weekend in Sejong City and runs every Saturday and Sunday from 1pm to 6pm until the end of October.

According to a statement from the Ministry of Land, Infrastructure and Transport (MOLIT), the fuel cell drone was developed in partnership with LG Electronics and is equipped with a function to avoid the traffic and move through machine learning that identifies geographic information and delivery routes.

Korean media reports that two fuel cell drones will deliver pizza to customers, with the capacity to deliver two to three orders every hour.