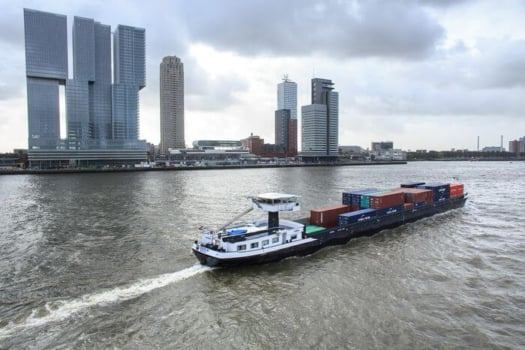 The European Commission has awarded €0.5m in funding to the RH2INE partnership to help push forward its plans to have at least ten hydrogen-powered vessels running along the Rhine-Alpine Corridor – the main freight route between the port of Rotterdam and Cologne – by 2024.

In order for successful deployment of the vessels, three hydrogen fuelling stations must be constructed, and in the years to come, that number of stations must expand as the number of hydrogen-powered vessels grow.

Announced on Friday, the European grant will be used to fund research into which hydrogen refuelling stations will be best suited for the project, hydrogen technology and which legislation will be required in various locations to allow vessels to switch to hydrogen.

“We are delighted with the EU’s positive decision with regard to the cross-border promotion of hydrogen technology,” said Andres Pinkwart, North Rhine-Westphalia’s Minister of Innovation and Energy.

“This confirms that with our RH2INE-programme, we have taken new steps toward, towards more climate-friendly freight transport. The future hydrogen market will be based on international connections.”

Application for the funding was jointly submitted by the Province of Zuid-Holland, the German federal state of North Rhine-Westphalia, the port of Rotterdam and Duisburg and RheinCargo.