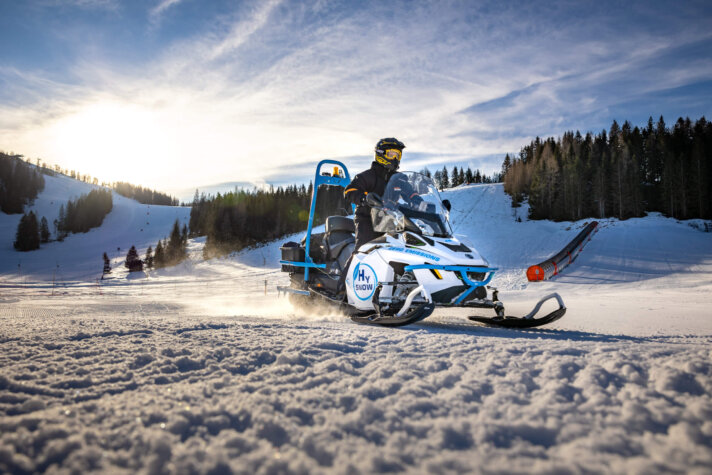 A hydrogen-powered snowmobile is now running on slopes at the Hinterstoder ski region, Austria.

After one and a half years of experimental development on the test bench and in the vehicle, the fuel cell system now boasts 120 operating hours.

Developed in collaboration with Fronius, the station produces green hydrogen for the vehicle right next to the slope.

The electricity for the electrolysis is generated from green photovoltaic power; the plant was planned and built by ECuSol GmbH.

Commenting on the project, Wolfgang Rapberger, General Manager of BRP-Rotax, said, “We are delighted to finally see the Lynx HySnow in live operation on the slopes, celebrating an important milestone in sustainable propulsion systems.”

“However, the project is not only essential for alpine use. Our project is intended to advance our country’s competitiveness in the field of hydrogen and lay the foundation for future series production of fuel cell-based vehicles.”