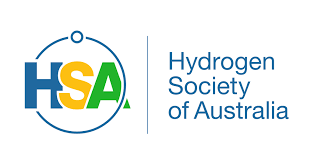 The Hydrogen Society of Australia (HSA) has been officially relaunched as a national association.

Created in January 2018 as an interest group, HAS is dedicated to promoting the significance of hydrogen as a clean fuel and energy storage solution, increasing the visibility and use of hydrogen and compiling and disseminating hydrogen industry information.

Other group aims include:

The founding members of HAS are Brian Haggerty, Vice-President of Innovation Capability at Woodside Energy; Andrew McCluskey, Regional Manager of Western Australia for Siemens; and Innovate Australia (represented by Peter Kasprzak and Dr. Adam Osseiran).

“Australia has many unique qualities that make it an ideal candidate to become a ‘Hydrogen Society’, following the lead of countries such as China, Japan, Korea, and the EU nations who recognise its value as a clean, sustainable energy carrier,” said Acting President of the HSA and CEO of Innovate Australia, Peter Kasprzak.

“Our remote communities, distributed energy networks, and the necessity for long-distance transport and haulage, mean we are a country that can benefit the most from the large-scale adoption of hydrogen as a fuel and energy backbone.”

Brian Haggerty, Vice-President of Innovation Capability at Woodside, said, “As the world enters the Fourth Industrial Revolution, hydrogen’s role as a cost-effective and safe zero-emission energy source is at the forefront of transformative planning.”

Projects HSA is currently working on include:

HSA is in discussion with CSIRO regarding its potential involvement in developing these projects.

Andrew McCluskey, Regional Manager of Western Australia for Siemens, said, “The Hydrogen Society of Australia will encourage collaboration between business, government and academia, as well as fostering connections between major industry players, SMEs and innovation start-ups.”