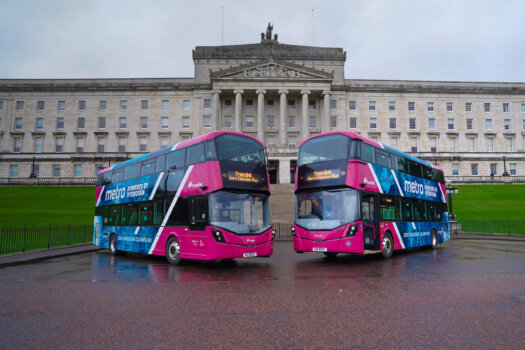 Plans have been unveiled for a new £1.6m ($2.2m) hydrogen station in Belfast, Northern Ireland – and it’s believed to be of the largest capacity hydrogen refuelling stations in Europe.

Hydrogen technologies company Logan Energy has been awarded a contract for the development, and today (July 2) unveiled Newtownabbey Bus Depot as the location for such infrastructure.

Part of a plan to facilitate the roll-out of one of the UK’s biggest zero-emission bus orders in Belfast, the station will support 20 hydrogen fuel cell buses, to be operated by Tanslink.

Once operational, the station will have a total capacity to dispense a minimum of 2,500kg of green hydrogen daily, enough to allow Translink to increase its fuel cell bus fleet in the future without any needs for modifications.