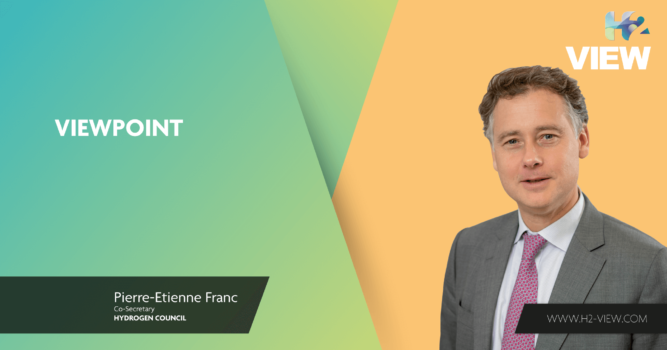 Hydrogen: The start of a new cycle….

The French government’s announcement (€7.2bn for the hydrogen industry) closes out a busy cycle of declarations in support of the hydrogen industry. This is the result of a dynamic that has developed over the last 10 years, and heralds the start of a new decisive phase in the coming decade.

The combination of the climate emergency, which is worsening every month, and the economic emergency triggered by the pandemic, provides the hydrogen industry with a unique opportunity to participate fully in the ongoing energy transition.

This time, the progress is clear. In just 10 years, numerous technologies for the production and use of hydrogen in support of the energy transition – whether that be in mobility, industry, or housing – have emerged from the demonstration phase. We have entered the era of mass production; we are working to address issues of reliability and competitiveness; every day we can see the benefits for the consumer, and we can measure the potential for the climate, at the level of a nation or a continent.

Asia, first of all, has made no mistake in this respect. China knows the importance of a strong motor industry inpromoting innovation and growth, and it fully understands that the future revolves around managing and controlling electricity, through batteries or hydrogen. With its neighbours – Japan and South Korea– forerunners in these technologies, with large-scale, long-term subsidy policies and world-leading companies, China currently gives Asia a head-start in the upcoming mobility market race.

However, until now, the focus of Asian countries has been on usage – they continue to hesitate over the correct policy to decarbonise hydrogen sources, and have not yet explored uses in the other key segment, industry. 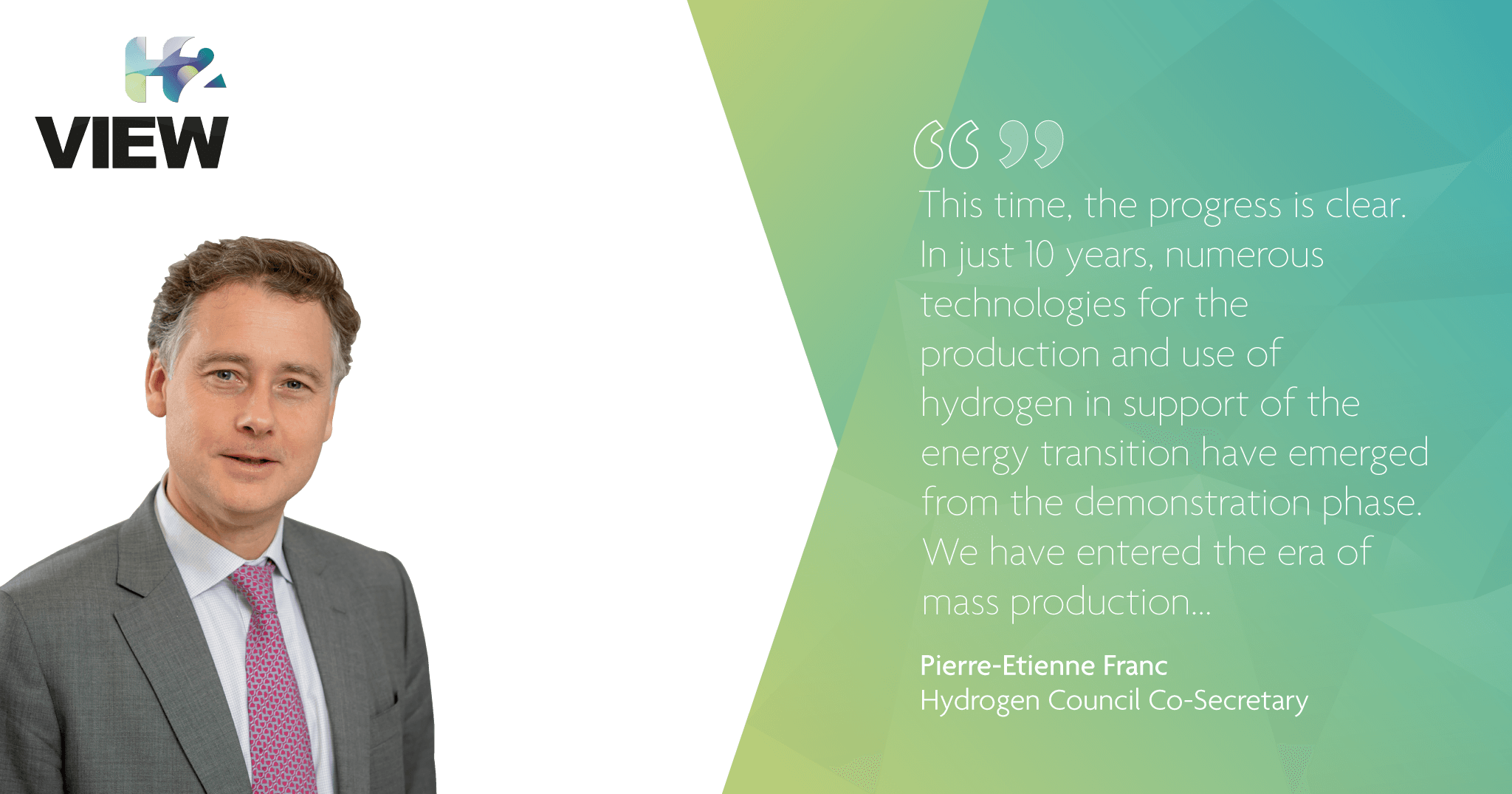 Europe has long supported the industry’s research and demonstration efforts. As the trailblazer in rolling out the technology, Germany is now clearly in pole position, in terms of understanding, ambition and approach, to make hydrogen one of the pillars of its systemic energy transition. Several European countries have now initiated strategies aiming to promote their competitive advantage (renewable sources in southern Europe; usage and deployment in industry and transportation in northern and central Europe; diverse methods of decarbonisation in the Netherlands and Scandinavia).

So now we begin the scale-up and roll-out – a critical phase for reducing costs, developing usage, and shifting to clean, hydrogen-based industrial processes. Alignment between the numerous French champions and the French political class, which now explicitly supports a new systemic approach, upstream and downstream, will help Europe have a unified vision, and that’s a major development for what comes next!

The major energy players in the Middle East are now looking very seriously at hydrogen as a potential carrier of decarbonised fossil fuels, subject to development of carbon sinks, whether through CCS or CCU. Australia has the same approach, and projects are already well underway with its main Asian energy partners.

And finally, what about North America? It is currently home to the world’s largest pool of fuel cell electric vehicles and forklift trucks (more than 30,000 already operational), with a lead from the US’ pioneering state, California. But political differences stand in the way of a nationwide scale-up.

Yet, the biggest companies in relevant technologies, and some of the most advanced and valuable start-ups, are developing on American soil. All that is missing for the rest of the industrial world to finally embark on hydrogen’s silent and virtuous revolution is a unified and proactive policy from the US. 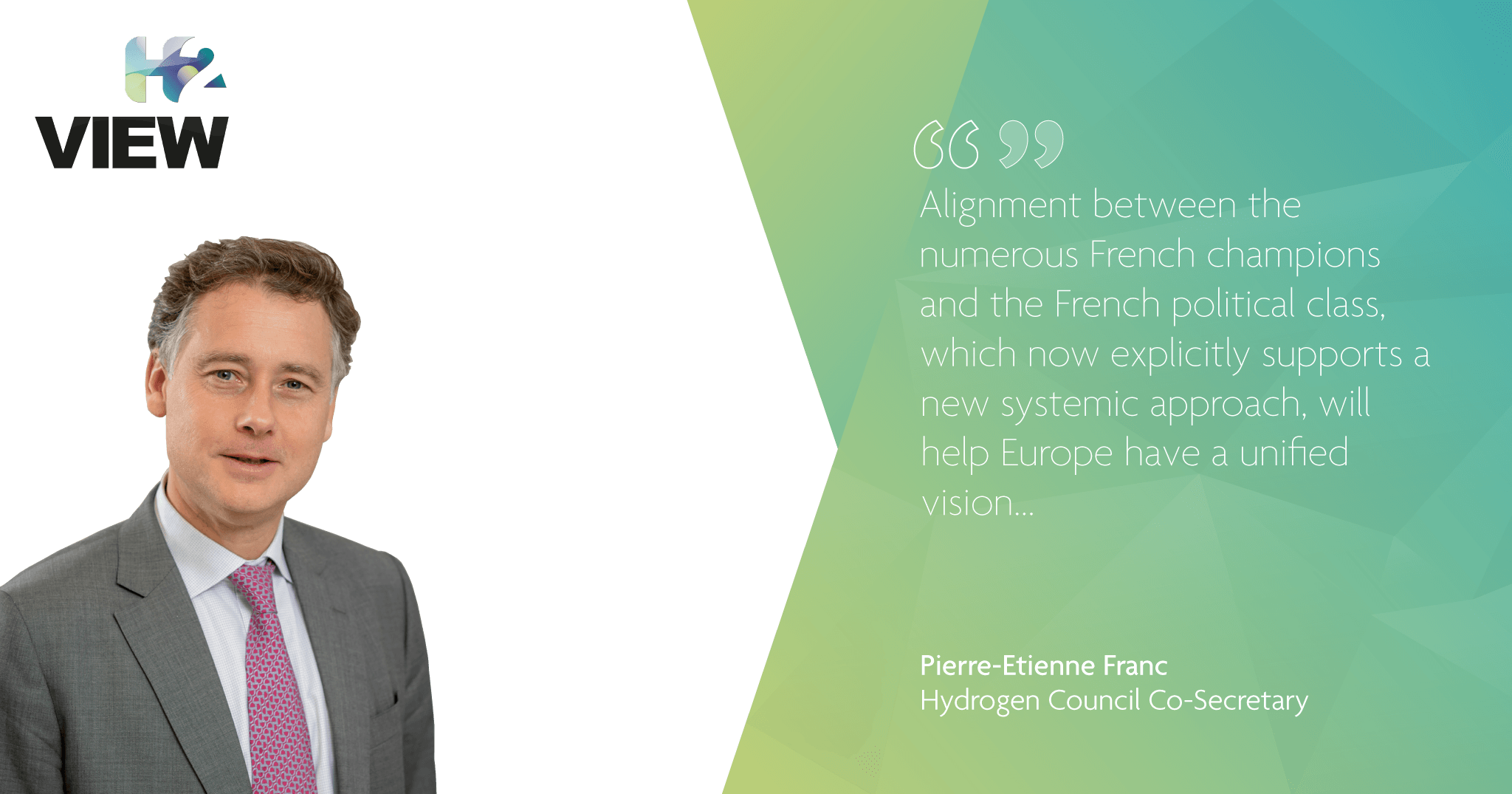 This accelerating dynamic is the result of successful scale-up experiments alongside the considerable work accomplished by the sector in defining both an objective and a roadmap for how to get there. The work done by the Hydrogen Council was, of course, essential in bringing the planet’s pioneering leaders on board in their support of the ambition. Just as important is the vision, developed by the major national and regional organisations, to translate a global objective into regional modules, allowing policymakers to develop support programmes and objectives for growth, the climate, and employment that are adapted to local conditions.

Because that’s what it’s really about! The sum total of the announcements, which are still to be finalised, puts tens of billions on the table to support the scaling up of the industry. Our sector must infuse its energy, technologies, and investments with three obsessions: safety, cost, and carbon neutrality.

Safety must now be an even greater focus. The risks related to hydrogen do not change in nature with its wider distribution, but the rapidly widening reach will generate significant demand for skills, projects, and players who will need to rapidly acquire know-how.

It is critical to set and harmonise rules and norms to ensure that equipment needed to roll-out hydrogen technology is operated to the strictest safety standards. In principle this is no different to the process that followed the development of batteries, or natural gas, or oil-based fuel before that. We, governments and regulators must prepare for it.

Cost and scale up…

Increased volumes should make it possible to bring costs down significantly from today’s level and approach that of existing solutions. But it is also key to recognise the additional intrinsic value that hydrogen brings in enabling solutions that are good for the climate and air quality.

We are the stewards of this ambition, which requires the rapid development of replicable projects at a realistic scale, based on viable business models. We must select the right size for the next big roll-out of production and usage projects, in order to provide tangible results in the very near future.

In order to react effectively to the climate emergency, we must now leverage all the hydrogen decarbonisation solutions we have. This means that we should promote all decarbonised electricity solutions to quickly achieve carbon neutrality for hydrogen produced through electrolysis, and that solutions should be supported to avoid carbon emissions from all ongoing fossil fuel activities.

These two major actions will drive a systemic transition in the energy sector towards its own carbon neutrality,which is fundamental for the decarbonisation of industry and transportation. They will also support the rapid development of efficient and competitive solutions that have the desired impact on employment, growth, and the climate.

Then, we will look back and be proud of what we have accomplished: making the decade of hydrogen a reality!

Make it a reality, join the movement

For more information on the recently launched CLIMATE CH2AMPION and how to get involved, visit www.climatech2ampion.org/join-the-movement/

Being the change we wished to see

FCH JU: A success story, turning the page into a new chapter