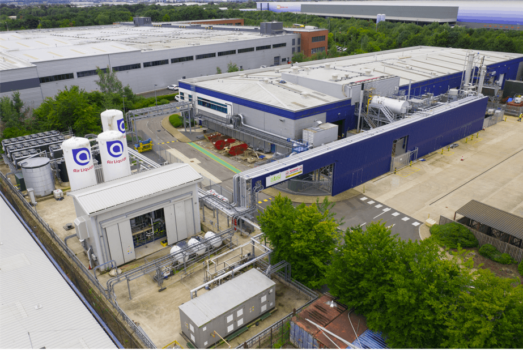 Hydrogen to be injected in Swindon’s gas grid

Wales & West Utilities wants to work towards blending up to 20% hydrogen into local gas grids by 2023, and converting villages to run on 100% hydrogen by 2025 – and the company has recently made headway on its ambitions in Swindon.

Such targets are part of a wider goal set by a consortium of British gas network companies, as part of Energy Networks Association’s plan. Dubbed Britain’s Hydrogen Network Plan, the work looks to cut emissions immediately.

Having recently received its latest green light for its gas grid efforts, Wales & West Utilities announced that Swindon’s gas grid will soon be injected with hydrogen blends, with the Health and Safety Executive (HSE) giving the go-ahead for natural gas with an elevated hydrogen level to be used in the national network.

Immediately, it is expected to reduce carbon emissions by up to 5,000 tonnes for almost 2,500 homes immediately through injecting gas with up to 1% hydrogen. As well as hydrogen bio-substitute natural gas (BioSNG) will also be injected into the pipeline.