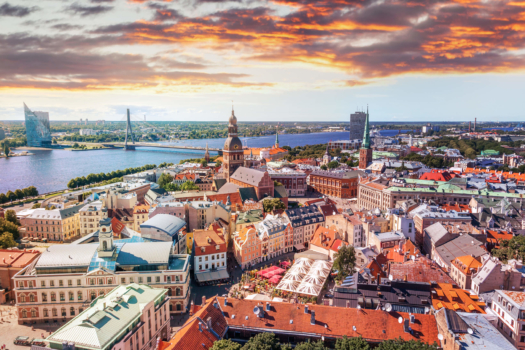 Ten hydrogen-powered trolleybuses are now running across Riga, Latvia, as part of the H2Nodes international project.

Travel service company Rīgas Satiksme has said the new trolleybuses, which have a driving range of 150km on a single refill, are now carrying passengers on its route number four.

The announcement follows the opening of the Baltics first hydrogen filling station which went into testing earlier this month.

“In mid-February this year, representatives of Nel Hydrogen arrived from Denmark to fulfil the last equipment adjustment works,” said Jānis Golubevs, Board Member of Rigas Satiksme.

“Now the station is working in test mode, which includes the filling of trolleybuses with hydrogen and the transportation of passengers, using hydrogen engines.”

“The first results of the test were successful, and we can see that all the equipment is working. Yet, we want to be 100% sure that everything works flawlessly, and we will repeat the tests.”

“We hope that the process will be successful, and the station will be fully operational in the coming months. It is important that we have met all the deadlines set for the project implementation and the company is support by the European Union.”