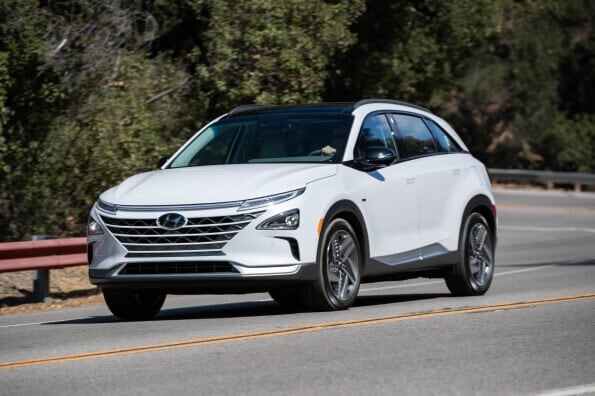 Offering the only hydrogen-powered SUV in the US market, Hyundai Motor Company prides itself in its commitment to clean energy and fuel cell stack technology.

Hyundai started its commitment to hydrogen around 21 years ago, right at the turn of the century, and since that point the vehicle manufacturer has not looked back.

The NEXO, Hyundai’s latest fuel cell vehicle offering, was launched in 2019 and has since taken the Californian market by storm, with approximately 400-500 units running in the sunshine state right now.

Speaking to H2 View in a recent interview about the company’s hydrogen activities, Derek Joyce, Senior Manager, Product and Advanced Powertrain PR at Hyundai, said, “Right now, all of them [NEXO FCEVs} are in California. The main consumer focus is California because that’s where there are about 50 stations in operation.

“In 2019 we brought out the NEXO fuel cell, which was a vastly improved program and that’s a dedicated platform. That vehicle is a much finer product in terms of integration. It’s a very luxurious vehicle, very quiet, very refined ride, excellent range.

“The most impressive thing about the NEXO is it’s 380 miles of range in the US EPA standard. That’s the good thing about fuel cells, extended range and that’s what the consumers what.

“Consumers want to have an eco-vehicle to be responsible, but also to behave just like a regular gasoline vehicle in terms of refuelling speed, range, utility, the amount of boot space and passengers they can put in the vehicle.

“Once manufacturers, such as Hyundai is an expert in producing the technology, it’s very easy to scale the technology. And that’s one of the reasons why Hyundai wanted to be a leader in this eco space.”

Looking ahead to future NEXO deployments, Joyce unveiled what it is believed the future may bring: “The next big beachhead that will grow the infrastructure will be in the northeast of the US, Massachusetts, Connecticut, New York. These areas are going to be the next area of growth for stations.”

But just like many in the hydrogen space, Hyundai believes that is not the only option, but a complementing option to achieve zero emission transportation. “We don’t think that hydrogen fuel cells are more important than electric, we think they’re a great complement to be electric vehicles and the hybrid vehicles.” Joyce continued.

“We [Hyundai] are very much a full spectrum eco manufacturer, and so we want to offer solutions for consumers in every aspect of the US market and globally.”

Hear more from Hyundai in H2 View’s upcoming April magazine, in which Derek Joyce speaks more about the company’s NEXO, Hyundai’s long-standing history with hydrogen and its future plans.

In the same feature, we will also look at Honda and Toyota’s offerings.

Hyundai and Cummins to collaborate