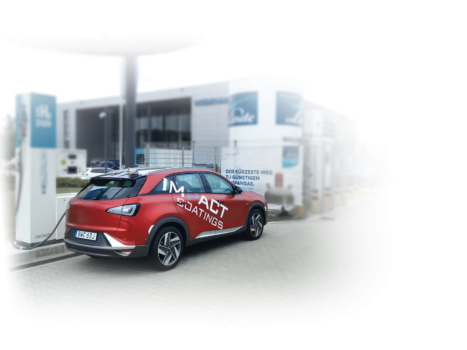 Will Wright, Vice-President of Sales, and Alx Danielsson, ex-F1 test driver and motorsports commentator on Eurosport, are the planned co-drivers of a Hyundai Nexo.

Impact Coatings said it will make the most of the 24-hour tour by visiting hydrogen and fuel cell industry players in the Southern Germany-Switzerland-Austria region.

The participation is coordinated with a charity fundraiser by inviting customers and other industry colleagues to sponsor Impact Coatings’ fuel cell car during the rally.

All money, including the company’s own contribution, will be donated in full to the World Childhood Foundation.

The 24-Hour Hydrogen Challenge is a rally for fuel cell electric vehicles (FCEVs) showing the world that driving with hydrogen is already a reality.

The rally takes place in Germany in conjunction with the f-cell conference in Stuttgart on 29th and 30th September.

Impact Coatings and Hyundai to collaborate

Take 5: An interview with... Will Wright