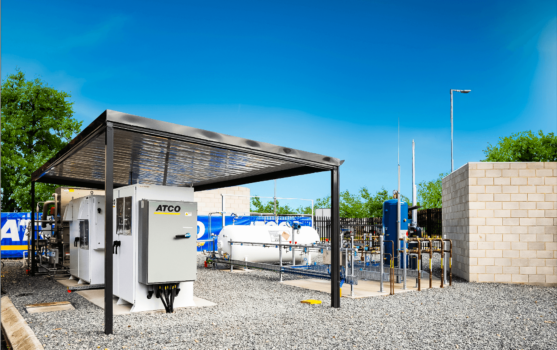 ATCO believes Australia’s gas distribution network will play a key role in the future energy mix, bringing natural gas and new ‘clean’ gas, including hydrogen, to customers, playing a central role in reducing energy costs and carbon emissions. The Australian energy company maintains a safe and reliable network delivering approximately 25,500 terajoules (TJ) per year of natural gas over its coastal gas distribution network. Emissions from the network could be reduced by lowering the carbon content of gas through blending with hydrogen, something ATCO has been investigating since 2016.

“Up until the 1970s in the Perth region, town gas was used in the network, which was a mix of gases including 50% hydrogen. Over the past five years, we’ve been looking at the role for hydrogen in the gas networks of the future,” Russell James, General Manager of Business Development West at ATCO, explained to H2 View.

“But rather than that hydrogen being produced through coal and steam methane reforming processes, we’ve looked at the abundance of renewables we have in Australia and how we can use them, alongside the process of electrolysis to help decarbonise the network.”

In 2019, ATCO opened its Clean Energy Innovation Hub (CEIH), an Australian-first that integrates green hydrogen production and fuel cell technology with a renewable energy stand-alone power system in a ‘living lab’ microgrid set up. Located in Jandakot, Western Australia, ATCO’s microgrid works by capturing the output of more than 1,000 solar panels which convert sunlight into electricity and the power generated is used to run ATCO’s Operations Centre. Excess renewable energy is also stored in an onsite battery for use when the sun isn’t shining. Once the battery is filled, the remaining excess energy powers an electrolyser, which splits water into hydrogen and oxygen. The green hydrogen is then stored in a 30-bar high-pressure storage vessel and is either distributed within the microgrid as a blended fuel for normal consumption or used as a direct fuel for appliance testing as well as for back-up power to a residential display home.