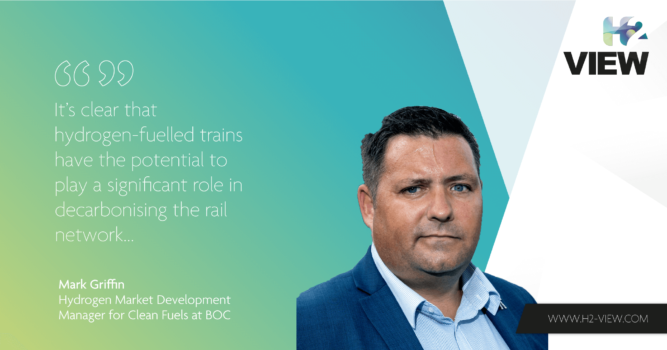 The UK government is facing unprecedented challenges at the moment, but its commitment to reaching zero emissions by 2050 remains as urgent as ever – and it’s clear that the public thinks so too.

Research conducted by Climate Assembly UK indicates that nearly 80% of the UK population favours a green economic recovery plan. There has never been a better time to invest in decarbonising the UK’s infrastructure – and one of the biggest opportunities is transport.

Historically, diesel has been favoured for heavy transport because of its long range and reliability – but it is now recognised as one of the most polluting fossil fuels. Hydrogen-powered vehicles, which offer a similar range to diesel and cause no harmful emissions, are increasingly seen as one of the best alternatives. As the UK works towards its 2050 zero emissions target, it’s clear that hydrogen fuel, combined with renewable electricity, will play an increasing role in decarbonising transport.

The UK government has set a target to remove diesel trains completely by 2040, and the rail industry is clear that this will require a rolling programme of electrification throughout the network, as well as utilising new technologies including hydrogen fuel cells and batteries.