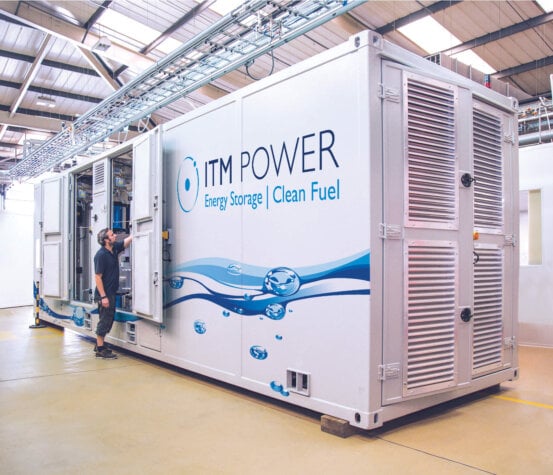 ITM Power electrolyser order book up 131% in 12 months; plans in the pipeline for second GW-scale facility

Business is booming for ITM Power which today (June 10) revealed its tender pipeline has more than doubled in the past 12 months, highlighting the rapid market demand for green hydrogen.

As of April 2021, the British electrolyser manufacturer has a tender pipeline of £607m ($858m), up 131%, which constitutes to 593MW of potential electrolysis demand, ITM Power said.

“Traction in the electrolyser industry has been even more rapid than we were anticipating,” said Dr.Graham Cooley, CEO of ITM Power.

“At the same time, we moved into a gigawatt factory in January, which positions us strongly to meet rapidly growing global demand reflected in a contracts backlog and tender opportunity pipeline materially ahead of our original expectations.”

And ITM Power confirmed to H2 View there are already fully funded plans in the pipeline to build a second gigawatt-scale facility which would be even bigger than the current one.

“The design and build phase for Bessemer Park took two years, so we would anticipate an 18-month lead time from the point of the second factory investment decision to the first product output – which is why we will continue to watch and develop markets to ensure we align our production capacity inline with the opportunities.”

The story of ITM Power

We talk more to Dr. Rachel Smith, Executive Director of ITM Power, in our upcoming June issue of H2 View magazine. She shares the story of ITM Power’s formation as well as how the company stays ahead of the game.