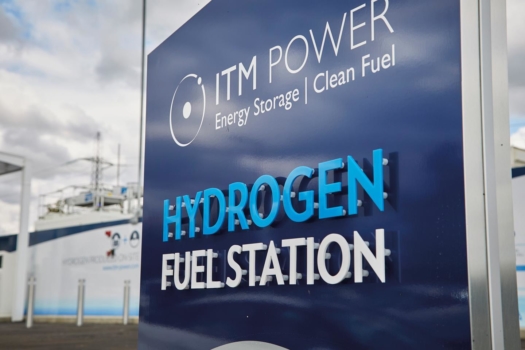 Energy storage and clean fuel company ITM Power has today launched a wholly owned subsidiary that will be responsible for the UK build, own and operate portfolio of hydrogen refuelling stations.

On establishment, ITM Motive will own and operate a network of eight publicly accessible hydrogen refuelling stations, which will expand to eleven by the end of 2020.

Each station incorporates an ITM Power electrolyser and a Linde IC90 compression, storage and dispensing system.

ITM Power has successfully sourced both UK and EU funding to support the build and deployment costs and developed a siting agreement with Shell for deployment on their forecourts in the UK.

ITM Motive’s sites in the UK continue to be operational as part of the essential services provided during the current lockdown, refueling vehicles for the Metropolitan Police and Green Tomato cars (which is providing transport for NHS staff) among others.

Commenting on the launch, Jon Hunt, Toyota’s Manager of Alternative Fuels, said, “As well as providing world leading electrolyser technology, ITM Power has pioneered the development of the UK hydrogen refueling infrastructure which has allowed Toyota and others to make the UK one of the first countries to benefit from this clean energy.”

“This commitment to developing the UK infrastructure will in turn help to increase consumer demand for hydrogen fuel cell vehicles, like the Hyundai NEXO, that offer zero-emissions motoring, along with refuelling times and range comparable to internal combustion engine vehicles.”

Aligned with the of the subsidiary established, ITM Power also announced that Dr. Duncan Yellen has been appointed as Managing Director of ITM Motive.

Yellen holds a 30-year career in the energy and environmental sector, working for companies such as Storengy and EA Technology. He also holds an MBA, PhD and BSc.

Commenting on his appointment, Dr. Yellen said, “This is an exciting role with a company in the vanguard of the hydrogen revolution.”

“The UK has the opportunity to become one of the world leaders in the transition to zero carbon energy and fuel.  Transport needs to decarbonise, and I look forward to helping cement ITM Power’s position at the forefront of this change.”

Dr. Graham Cooley, CEO of ITM Power, said, “We’re delighted to have been able to recruit Duncan to be ITM Motive’s Managing Director.”

“He has exactly the right mix of relevant experience and entrepreneurial ability to develop the business’ portfolio and drive it to profitability.”