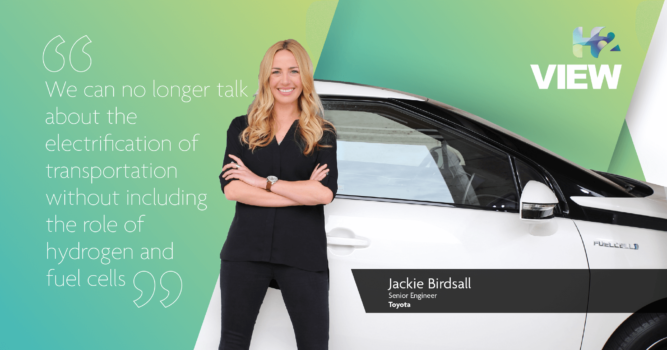 Jackie Birdsall: When people hear electric, they should think battery-electric and fuel cell

“We have found the majority of people don’t even know that fuel cell electric vehicles (FCEVs) are an option. When people hear electric, they only think battery electric, and that’s a problem.”

“But why would people know about [FCEVs]? In most areas in the US, fuel cell vehicles aren’t available because the hydrogen infrastructure isn’t in place.”

Jackie Birdsall, Senior Engineer at Toyota, was speaking to H2 View during her Thursday morning commute in Los Angeles, California – an area in the US where there is hydrogen infrastructure in place.

A self-described “auto obsessive”, Birdsall has been instrumental in developing fuel cell technologies for the consumer market, most notably the first-generation Mirai, since arriving at the Toyota Technical Center in 2012.