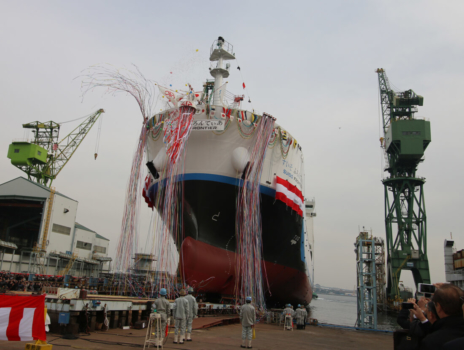 The world’s first liquid hydrogen carrier ship has been unveiled today in Japan, marking a major step forward in the Australia-Japan coal-to-hydrogen pilot.

Weighing approximately 8,000 tonnes, Suiso Frontier was launched by Kawasaki Heavy Industries at its Kobe Works yard, and marks the first stage in the Australia-Japan pilot project to produce liquefied hydrogen from brown coal.

The project is one of the world’s first efforts to commercialise technology to liquefy and transport hydrogen.