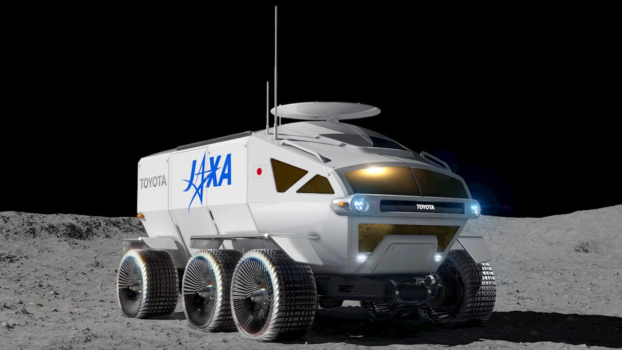 The Japan Aerospace Exploration Agency (JAXA) and Toyota Motor Corporation have today shared the nickname for the fuel cell-powered manned pressurised rover planned for launch in 2029.

JAXA and Toyota last month took the first steps in launching the Moon rover by signing a three-year research agreement, running from 2019 to 2021 to manufacture, test and evaluate prototypes.

Nicknamed Lunar Cruiser, the rover will be used for missions to explore the Moon’s polar regions, with the aim of both investigating the possibility of using the Moon’s resources and acquiring technologies that enable exploration of the surfaces of massive heavenly bodies.

The name, which references the Toyota Land Cruiser SUV, was decided upon based on the quality, durability, and reliability expected of the pressurized lunar rover, and the concept that Toyota has long held to for the Land Cruiser, which was for people to “come back alive,” especially true for the lunar rover as it will be traversing the harsh environment of the moon’s surface.