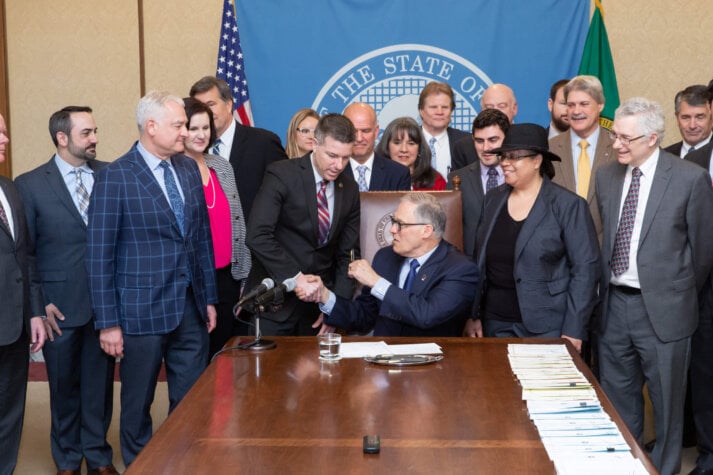 After two years at the helm of the Renewable Hydrogen Alliance (RHA), Executive Director Ken Dragoon has announced he is stepping down from the role.

A man well known in the Northwestern US for his passionate advocacy for renewable hydrogen development, Dragoon founded the RHA in 2018.

In that time the RHA has already achieved big things. Two of its most visible achievements are the passage of SB 5588 in Washington authorising public utility districts to make and sell hydrogen, and the May 2019 Renewable Power to Clean Fuels Symposium.

“Starting the RHA has been the most satisfying accomplishment of my professional life,” Dragoon said. “I could not be prouder of where we’ve come: from an idea to an engine of development.”

“After just two years, we are far along the road to seeing hydrogen produced and used to fuel vehicles.”

“We have 71 members and counting. We’ve attracted attention from across the country to the Northwest as the place for electrolytic hydrogen projects, and our region will soon be home to the nation’s first ‘electrofuel’ interruptible-load electricity tariff – congratulations Tacoma Power!”

Dragoon has accepted the position of Director of Hydrogen Development with the RHA member Obsidian Renewables, which he said he will begin no later than 1st January, 2021. He will continue as a board member of the RHA.

Work is now underway within the RHA to find a replacement for Dragoon.