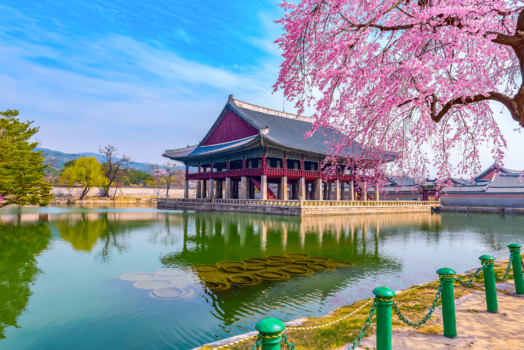 Korea: Paving the way in the hydrogen race

With a bounce my flight Qr858 landed at Incheon airport sometime in the latter part of 2020. A start of a new assignment in Korea had finally been kicked off and the excitement, to see what the hydrogen hype in South Korea was all about, was on a high.

It was with big expectations and a comprehensive Korean hydrogen network on my LinkedIn I went about to establish my Swedish clients APAC office. South Korea is a fantastic country nestled in between the two hydrogen economies of China and Japan. Maybe because of this geographical position, Koreans are extremely competitive in the development of the hydrogen sector and, as most of us have seen, there is a lot of media exposure from the big (and sometime small) players, with the Korean government often backing and supporting new hydrogen, fuel cell or electrolysis ventures. These afore mentioned ventures would traditionally have encountered a lot of red tape and bureaucracy. The government has developed what they call “sandboxes” which allows hydrogen projects, like filling stations (HRS) and storage facilities to be built without a revised law. Building hydrogen-charging stations in city areas is not allowed due to many regulations related to residential areas, commercial areas and cultural assets. With the regulatory sandbox, the related infrastructure can be installed without revising any laws.

My Swedish client’s brief gave me the opportunity to visit several South Korean companies engaged in the development of many worldwide hydrogen applications and user cases. I did experience a somewhat cautious approach towards their neighbours and a certain resistance to find common business grounds where win-win would be the outcome of the project. Equally standards and aspirations are extremely high, and I can safely say that if you work in the hydrogen, fuel cell or electrolysis field, then South Korea is a place not to be ignored.

I encountered extremely interesting projects. These ranged from flying taxis powered by fuel cells to production solutions featuring high speed, low-cost production of fuel cell plates that are developed to resist the harsh environment fuel cell and electrolysis often are subject to. The ongoing drive to reduce the price of hydrogen and fuel cell hardware makes South Korea a haven for innovation and new development. However, cultural differences can present frequent obstacles. Often the big Chaebols (company conglomerates such as Hyundai, Samsung, Doosan, SK etc) are behind the funding of the smaller companies or start-ups and therefore driving the pace of development and progress. It is not uncommon, to experience a pace dictated by internal bureaucracy whereby technology gains are challenged by competitors due to this way of working. In short, innovative but political.