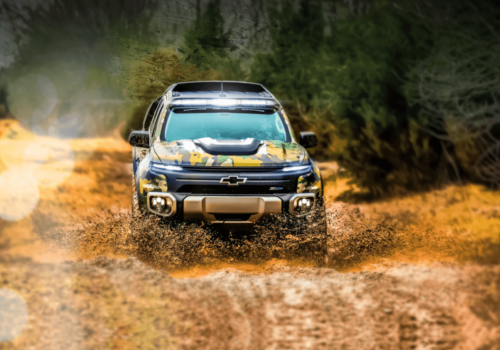 Land, sea and air: General Motors sees the potential for hydrogen across all three mobility applications, and more

General Motors (GM) has a rich history in hydrogen fuel cells dating back nearly 60 years, all the way to the 1960s when the company worked on the first transfer of fuel cell technology derived from NASA’s Apollo missions. The result of this was the Electrovan, a modified 1966 GMC van running on fuel cells that at the time was considered the most advanced electric vehicle ever built. It was also the first fuel cell-powered automotive vehicle.

The intent of the Electrovan programme was to design a vehicle that could match a standard delivery van in acceleration, performance and driving range. With pressurised tanks of liquid hydrogen and oxygen, Electrovan had a continuous output of approximately 32 kilowatts, a peak of 160 kilowatts and could go about 150 miles between its somewhat hazardous refills.

“That was the very first adaptation of the Apollo space programme technology into a civilian application. It went into the electric van, which was a fairly large vehicle, and it took that whole vehicle just to move all of the hardware around that enabled it to be the first fuel cell vehicle,” Charlie Freese, Executive Director of GM’s Fuel Cell Business, told H2 View.

“[Back then] the company could see where its potential was, but there were many things that had to be overcome from the development side to actually make it viable from a commercial standpoint. And so over the years that technology kind of developed, it evolved.”