Decarbonising shipping and transportation remains a significant challenge as storing electrical energy from renewables in significant capacity makes it of little use against the requirements of running a ship at sea where space and load requirements inhibit battery options. Liquid hydrogen (LH2), commonly used as fuel in the space industry, forms one potential solution where the required energy density/volume can feasibly be met for ships of all sizes1.

However, its use in the maritime sector poses significant technical and safety challenges around the scale of operations, number of usage points, and its proximity to personnel. Potentially critical scenarios for LH2 on ships can be described through a variety of phenomena including outflow, dispersion, accumulation, cryogenic exposure, ignition potential, explosion, and fire.

In 2018, the NPRA gave the go ahead for a hydrogen-electric ferry to serve one of the routes along the coast of Norway.2 One concept for zero-emission ferry transportation involves LH2 as a concentrated form of hydrogen storage (see below image). 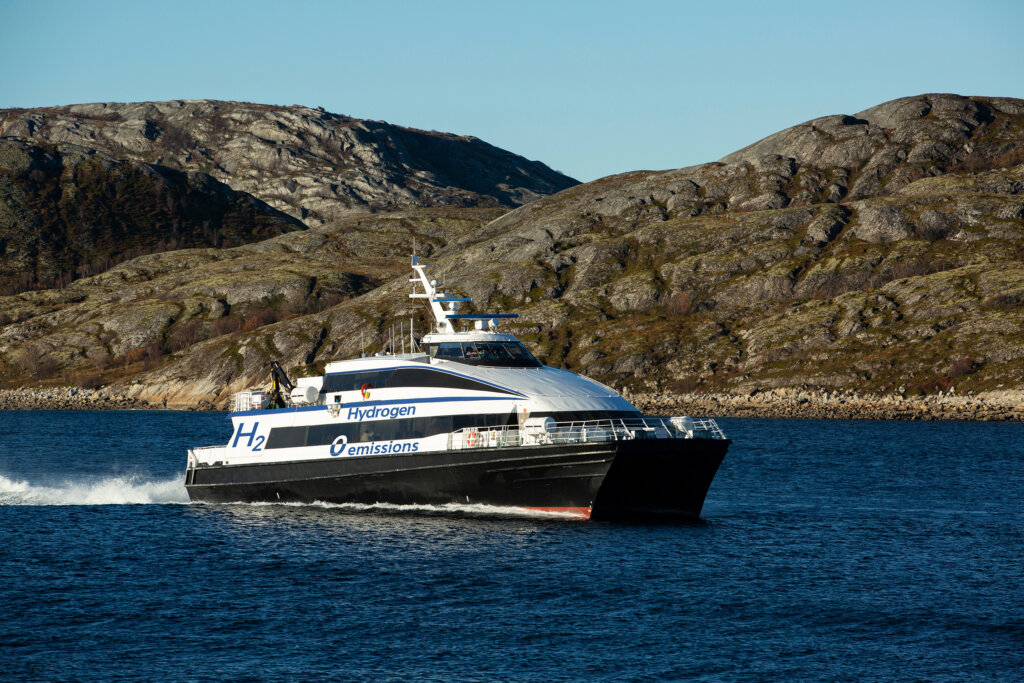 To identify and quantify safety related issues which may need to be resolved, DNV, the independent energy expert and assurance provider, was commissioned by Norway’s Defence Research Establishment and the Public Roads Administration to conduct a series of experiments investigating the behaviour of large releases of LH2 into the atmosphere and in a closed but ventilated area.