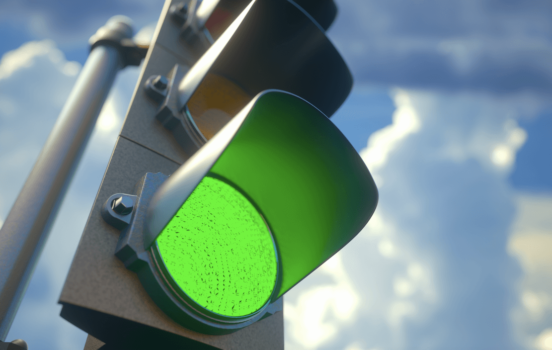 As we edge closer towards the government’s mini-budget in July that will set out its economic recovery plans form Covid-19, the energy sector is turning up the volume on the role that hydrogen should play as part of that. And that includes Energy Networks Association through its Gas Goes Green programme.

We’ve seen a spate of major commitments from the German, Portuguese and Dutch governments in the last few weeks as part of their own responses, all making clear their ambitions to develop their own hydrogen potential. Now is the time to ensure that here in the UK, we’re not left behind.

We are in a strong starting position in many respects. Not only has the UK taken an early leadership position, but the very fundamentals of our gas grid provide a strong basis on which we can act on to build the world’s first zero carbon gas grid. 85% of properties are connected to 284,000 km of gas pipelines in Great Britain, making it one of the most extensive in the world. We are now one of the world’s superpowers of renewable energy, with a leading offshore wind sector that has ambitious growth targets which create huge opportunities for green hydrogen production. And the liquidity of our gas markets mean we stand in good stead to take advantage of hydrogen export opportunities when they arise.

What’s important is that the government’s economic response to Covid-19 capitalises on that, by investing to address the technical and operational questions associated with building a hydrogen economy. The best response to those questions is not to simply prevaricate in answering them, but to seize the opportunity to do so.

New research published by Energy Networks Association shows just how investment in a hydrogen economy today will pay dividends in the long run. If we kick-start the £182bn of investment that’s needed to create a zero carbon gas grid using hydrogen, then the country will be a net beneficiary of that investment in 2045, five years ahead of our 2050 net zero target and saving the economy £89bn compared to our current, natural gas based system.

What’s more, that research shows that there is no realistic scenario whereby the UK is able to achieve net zero carbon emissions by 2050 without blue and green hydrogen playing a key role in the decarbonisation of large emitting sectors such as industry, transport, power and heat. Green hydrogen is projected to play a significant role in achieving net zero from 2025, and is expected to become cost-competitive with natural gas by 2030 if investment into its uptake is made now by policymakers.

However, it will unable to meet 2050 demand in isolation. It is expected to become more cost competitive with blue hydrogen in 2045. That’s why it’s important that we also invest in developing blue hydrogen through carbon capture utilisation and storage today, to develop the hydrogen infrastructure we need.

Britain’s gas networks have presented their proposed solutions to addressing the technical and operational questions associated with our ambition, setting out our plans to answer those questions through the £904m of investment in our new Gas Goes Green Zero Carbon Commitment. We just need the Government put the right polices in place, so that the energy regulator, Ofgem, can give us the green light to get going.

That package of investment will support the development of the carbon, capture and storage clusters around the country that will help get our hydrogen economy off the ground. That includes £391m of investment in engineering and design work for carbon, capture, utilisation and storage projects in the north-west of England, Aberdeenshire and the Isle of Grain.

We want to connect more hydrogen and bio-methane generation projects, transport refuelling stations, and ensure network operators have the right systems in place to manage the gas used by those connections. So we have proposed investing £264m in projects that will cut across all of these areas.

And we want to invest £150m in running more, world-leading domestic trials of hydrogen heating, cooking and transportation appliances, to ensure that people and businesses can choose those that best fit their needs.

Finally, our pathway to create the world’s first zero carbon gas grid rests on blending an increasing amount of hydrogen with natural gas, over time. That’s why we’ve proposed £44m of investment in projects to understand the best way to do that.

A major opportunity exists for the UK to be at the front of the international hydrogen race. Let’s use the economic recovery from Covid-19 to make the decisions necessary and give hydrogen the green light to do that.

Matt Hindle is Head of Gas at Energy Networks Association.

Energy Networks Association represents the ‘wires and pipes’ transmission and distribution network operators for gas and electricity in the UK and Ireland.

Its members control and maintain the critical national infrastructure that delivers these vital services into homes and businesses.