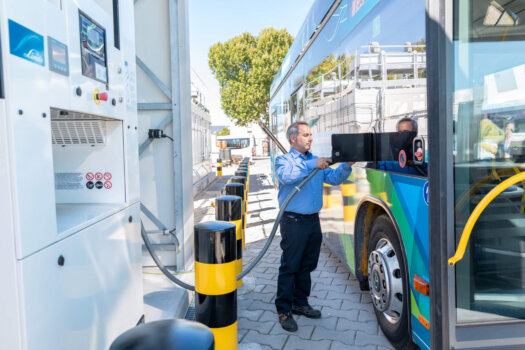 The two companies today (19th Nov) announced the signing of an agreement for the partnership which will triple Line’s production capacity for hydrogen refuelling stations in the next few years.

In order to support the development, a new production facility in Dalian has been designed to meet the requirements of the rapidly growing APAC market.

Linde’s IC90 and Twin IC90 systems which feature in many hydrogen stations will be manufactured in Dalian for the developments. Based on the Ionic Compressor technology developed by Linde in Vienna, the technology has proved to be energy-efficient and space-saving.