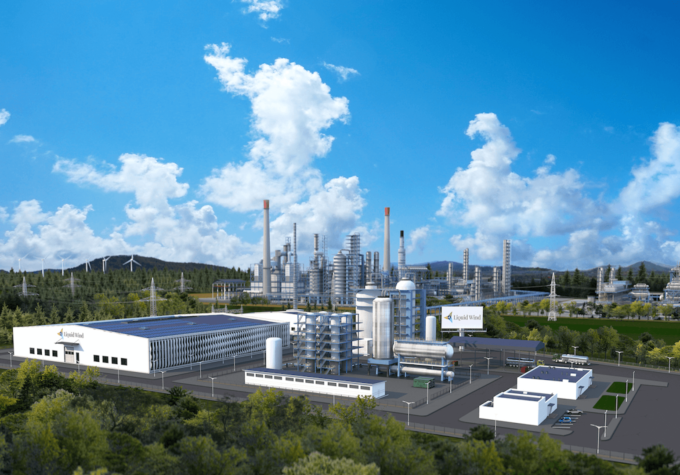 Alfa Laval has today (6th April) announced it has become a partner in the Swedish company Liquid Wind which is currently leading a consortium to produce liquid, carbon neutral fuel, eMethanol, from captured carbon dioxide and green hydrogen.

Liquid Wind  aims to catalyse the transition to a circular carbon economy by providing renewable liquid energy solutions to replace polluting fuels and enable their partners to meet their sustainability goals.

Alfa Laval will be part of the board and contribute to the design of eMethanol facilities where heat exchangers will be installed as key components in the main system, as well as in the process steps of green hydrogen, carbon capture and methanol synthetisation.

In addition to this, the company will contribute with its heat transfer expertise to improve the efficiency and the overall heat and energy integration of the facilities.

Liquid Wind plans to establish six eMethanol facilities in Scandinavia by 2030 after which the company will then replicate facilities internationally to meet the growing demand for more sustainable fuel alternatives.

Claes Fredriksson, CEO and Founder of Liquid Wind, said, “We are very happy to strengthen the Liquid Wind consortium with a world class Swedish industrial player with unparalleled experience.”

The World Energy Council has stated the global demand for carbon-neutral synthetic fuels, the so-called Power-to-X market – where X can stand for methanol, hydrogen and methane etc – is estimated to reach up to 20,000TWh by 2050; equivalent to 50% of current fossil fuel consumption.

The Power-to-Fuel project will take advantage of this growing market by converting hydrogen to liquid form, as eMethanol, making it more accessible to industries and infrastructure which may otherwise struggle to reduce their carbon emissions and meet their climate commitments.