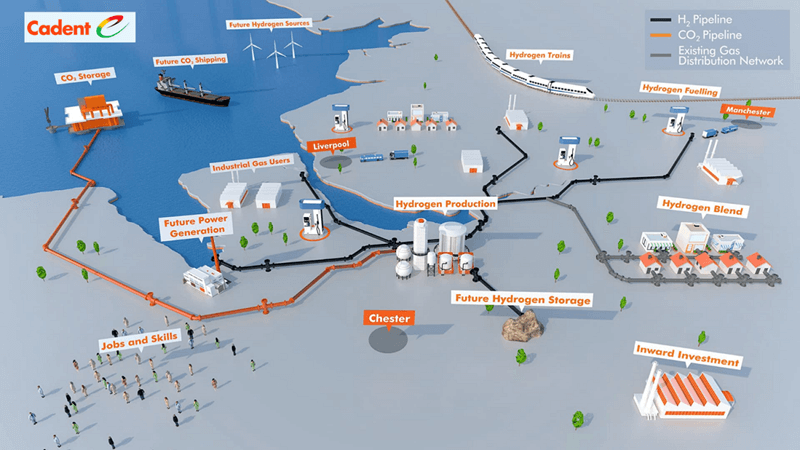 Local communities now have the chance to learn more about the HyNet Northwest project and can have its say on a proposed carbon capture pipeline that will help distribute low carbon hydrogen.

The project is set to revolutionise the Northwest of England and North Wales’ journey in hitting regional emission targets, establishing the areas as a world-leader in clean energy technology whilst also strongly contributing to the UK’s national climate objectives.

From 2025, HyNet Northwest will decarbonise the Northwest of England and North Wales through the creation of state-of-the-art infrastructure.

In addition to capturing the carbon from industry, HyNet will also produce, store and distribute low carbon hydrogen to power the regions’ industry, electricity generation, transport and homes.

The mix of hydrogen production and carbon capture and storage (CCS) has the potential to cut the region’s carbon emissions by 25% in five years – this is the same as taking four million cars off the road.

In the longer term, HyNet Northwest will provide a solution to the national climate emergency and, by 2030, could already be delivering 80% of the government’s national target for low carbon hydrogen for power, transport, industry and homes.

David Parkin, Director of HyNet Northwest, said, “The project has the potential to help to decarbonise one of the UK’s largest industrial clusters and, by helping local industry to reduce their carbon emissions, will play its part in ensuring organisations remain viable as the UK moves to net zero emissions.

“We’re delighted to be taking this first public step in our plans to bring the region to the forefront of clean energy innovation.

By reaching out to and hearing what local people, business and industry have to say about the project, and bringing them along for the journey, we can deliver something that is not only truly innovative but a testament to the communities who will benefit from it for years to come.”

UK MP calls on government to back hydrogen project ‘HyNet’