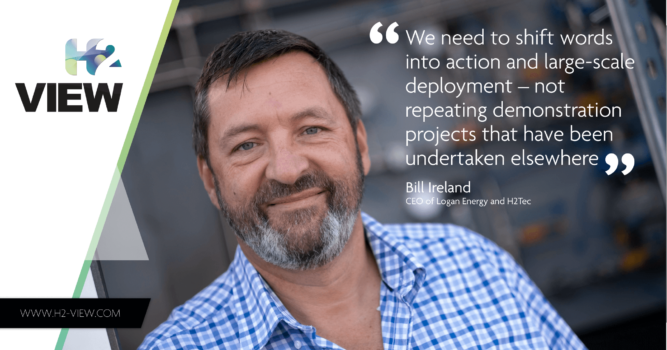 Logan Energy: We need to shift words into action and large-scale deployment

For Bill Ireland, CEO of Logan Energy and H2Tec, hydrogen is much more a part of the conversation now than it was even a year ago.

Viable solutions are being examined to use hydrogen to fuel ferries, trains, buses, heavy-goods vehicles and to provide heat in domestic and commercial properties, as well as large scale industrial use.

But Ireland says the infrastructure just isn’t there at the moment in the UK and the country is lagging behind other European countries, such as The Netherlands, France and Germany.

“It’s important that we keep up the recent momentum,” he tells H2 View. “We need to shift words into action and large-scale deployment – not repeating demonstration projects that have been undertaken elsewhere.”