South Korean-based Lotte Chemical has unveiled its 2030 hydrogen growth roadmap which outlines the company’s intentions in accelerating hydrogen adoption and an investment of ₩4.4 trillion ($3.8bn) by 2030.

Released today (July 13), the “Every Step for H2” roadmap establishes the goal of supplying 30% of domestic hydrogen demand along with achieving carbon-neutral growth by 2030.

This is expected to be achieved through an investment of about ₩4.4 trillion ($3.8bn) in several stages by 2030; this will help attain sales of ₩3 trillion ($2.6bn) and an operating profit rate of 10%.

The hydrogen roadmap will look to materialise the hydrogen business goal and direction to achieve carbon neutrality by 2040 following carbon-neutral growth in 2030, and to increase the sales of eco-friendly businesses while also reducing environmental impact substances.

Core competencies have been identified such as large-scale consumers, mass hydrogen supply chain and eco-friendly technology to support the roadmaps targets.

This will support Lotte Group’s logistics and distribution infrastructure, large-scale consumers that can utilise fuel cells and turbines on its business sites, and a large-scale holding network that can supply large quantities of hydrogen to refuelling stations and plants.

In addition to this, Lotte Chemical plans to further develop its eco-friendly technological capabilities such as hydrogen tanks, carbon capture technology, and green ammonia pyrolysis.

The group will look to lead the production of clean hydrogen and produce 600,000 tonnes by 2030 with 160,000 tonnes of blue hydrogen produced by 2025 using carbon capture technology.

By 2030, this figure is expected to grow to 200 by 2030 helping to support the formation of hydrogen mobility.

Hwang Jin-goo, CEO of Lotte Chemical’s basic materials business, said, “From the perspective of preemptive investment, we want to promote infrastructure construction without any setbacks in the early stages.

“We will provide timely supply to each application sector so that people can use eco-friendly consumption without worrying about carbon.

“I hope that the green circulation ecosystem led by Lotte Chemical will contribute to our eco-friendly and prosperous life.” 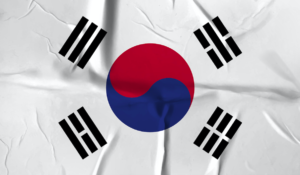