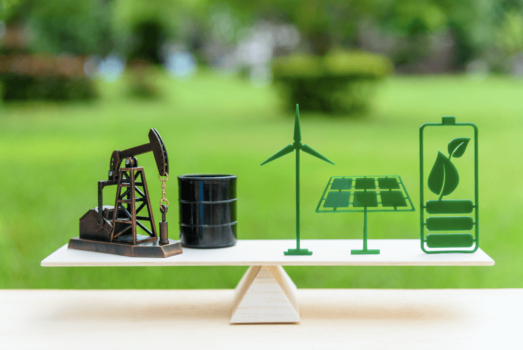 When hydrogen made from water electrolysis is combined with nitrogen separated from the air, we get “green” ammonia. Kaj Portin, Wärtsilä’s General Manager of Research & Technology Programs, Engines Technology, thinks this is a promising, carbon-free fuel that could be used in marine applications in the future.

In view of the maritime industry’s need to fulfil the International Maritime Organisation’s vision of reducing greenhouse gas emissions from shipping by at least 50% by 2050, Wärtsilä has been preparing for the use of ammonia as a fuel by developing a test engine.

Portin was this morning asked to discuss how ammonia works in a combustion engine at the he 5th International Conference on Maritime Hydrogen and Maritime Energy.

“Then when it is burning – and it is also difficult to get the flame burning – it will burn quite slowly. Because of this, we are planning at Wartsila to start by mixing ammonia with natural gas or with diesel.”

“First of all to get the ignition by using diesel as an igniter and then also to use diesel or natural gas as a helping fuel to get the combustion to be as good as possible.”

“When we have the same combustion speed and are close to burning diesel or natural gas then efficiency of the engine will be quite close to a standard diesel or gas engine. We are expecting that the efficiency will be somewhat lower but it’s of course depending on the ratio of ammonia.”

Portin was asked what the pros and cons for the use of ammonia as a fuel for ships are?

“The main reason why everybody wants to use ammonia as a fuel is because the fuel is carbon free. You will have no carbon dioxide in the exhaust. This is the main reason why we are now looking into this as a marine fuel,” he explained.

“What is also good is that it’s already trading, so it’s traded in tankers and used as fertilisers. We can also use it in the existing LPG fleet. The pressures and the tank systems are more or less the same.”

“The weakness, of course, is if you compare it to diesel or to natural gas, it has a lower energy density. With the same quantity of fuel you will come shorter distances.”

“Regarding the emissions, we need to look at the NOx emissions. As the fuel contains nitrogen there is a risk with different ways of combusting ammonia that it will also produce some NOx, but here we believe that the same combustion rate as we have with diesel we will have roughly the same NOx levels.”

“The opportunity with ammonia is that this is a non-carbon fuel that is already produced in quite large volumes, so it’s available at many places and can be taken in when you want to have it.”