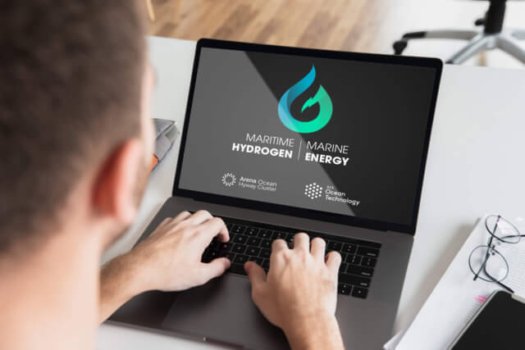 The 5th International Conference on Maritime Hydrogen and Maritime Energy continued this morning with an interview with Robin Mills, CEO of Qamar Energy, about the world energy situation and hydrogen’s role in that as an energy carrier.

Mills said there is a pretty clear lead for another energy carrier alongside electricity that can do things electricity can’t very easily do, and that’s hydrogen.

“Those are the areas where hydrogen has a role as an energy carrier. There’s also the potential role of hydrogen for long-term or at least seasonal energy storage alongside batteries as short-term storage.”

“I think hydrogen is really filling some of these gaps as a low carbon energy carrier and one that is capable of powering things like particularly long-distance transport.”

“That’s a particularly clear gap in the current energy plans that rely primarily on electrification.”

Mills was asked what he thinks the most important energy input to hydrogen production is.

“This is a really critical question that will determine the way hydrogen goes,” he replied. “There’s obviously too many choices at the moment: there’s so-called blue hydrogen made from fossil fuels with CCS, or there’s so-called green hydrogen from low carbon probably renewable energy with the electrolysis of water.”

“There are some other technologies probably further off in development, but those are the two clear contenders at the moment.”

Mills said at the moment a picture has emerged in which 95% of hydrogen today is used industrially, made from fossil fuels primarily from natural gas and not with carbon capture and storage (CCS), so high carbon intensity.

“Most of the other 5% is by electrolysis. I think the picture of some is that blue hydrogen maybe over the next 10-20 years will be a major source of hydrogen and will be the bridge to move move longer term to primarily electrolysis and green hydrogen as the main form,” he said.

“Green hydrogen is seen today as being relatively high cost but with a lot of potential cost reductions like we’ve seen in the renewable energy sector. That’s quite a compelling vision.”

Next, Mills was asked what the most efficient way to transport hydrogen from the producers to the consumers will be?

“There’s been quite a lot of thought about hydrogen transport and some regions have looked at generating hydrogen primarily domestically or at least within their region,” he replied.

“Other regions, and if you look at Japan in particular, have looked at becoming a hydrogen importer because maybe that country is not in the most competitive position to generate hydrogen itself. That would of course mean long distance transport of hydrogen.”

“I think there’s then some speculation that the hydrogen market will end up looking like the global natural gas market, or LNG market, where gas is moved around the world by pipelines and tankers, and it’s a relatively globalised market. There’s some thoughts that hydrogen might go that way.”

“The transport costs for hydrogen are significantly higher than for gas and certainly much higher than for oil just because it’s lower density and has to be converted into some other form to transport – whether that’s liquified hydrogen, ammonia or something else.”

“A much more complicated and varied market, unlike the oil and gas market where there’s really a singular, homogenous product moving around.”

Finally, Mills was asked what he thinks the key drivers for increased use of hydrogen in his future, global energy scenario are?

“The key one is the need to tackle climate change. We need another energy carrier, another low carbon energy carrier alongside electricity to do some of the things that electricity can’t very easily do, or can only do at high cost,” he said.

“However, this is only going to happen if hydrogen costs and flexibility get a lot better, but I think we are well on the way to that.”

“Hydrogen at the moment is a niche fuel, it’s used in certain applications primarily in the chemical industry. It’s not a mainstream fuel, it’s not produced in large volumes except for internal use of plants normally and there’s not really much hydrogen trade at the moment.”

“We have a lot of potential to bring down the costs of both blue and green hydrogen through the same kind of processes we’ve seen for bringing down the cost of solar and wind power.”

“If hydrogen is getting closer to competitiveness for fossil fuels, it will see again the same effect we’ve had in solar and wind where it just becomes the economic option regardless of environmental considerations.”

“As we’ve seen with renewables, the early stage is a push from climate policy and regulation, and the later stage is more driven by economics as it becomes a more competitive option.”

“We have extremely low cost solar and wind power now and their costs are going to continue going down. Particularly for offshore wind, we’ve seen costs falling but also capacity factors rising. That’s very, very promising for hydrogen production from renewables where you want to run an electrolyser at a high capacity factor with very cheap electricity.”

“The advance in renewables over the past few years has been a very important driver in supporting the idea that we could use electrolysers to make large scale hydrogen.”