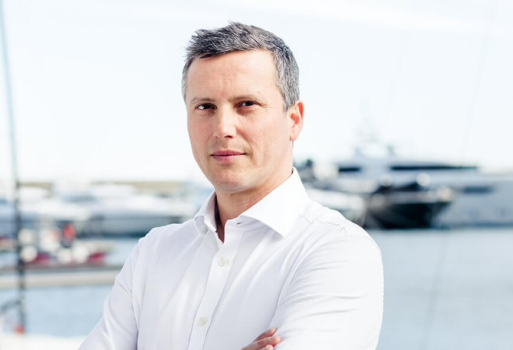 Maritime Hydrogen and Marine Energy Conference: Use of hydrogen in shipping

For BRS Brokers’ Laurent Debart, LNG is one of the worst fuels that exists for the shipping world. He told the 5th International Conference on Maritime Hydrogen and Maritime Energy this morning that the focus needs to be on clean, non-fossil fuels like hydrogen and hydrogen-related products like ammonia.

“It’s very clear that we need to get to zero emission or very, very low emissions, and there’s no halfway to do that. Today’s shipping fuels emit a lot of emissions. LNG has less emissions from a tank propeller level, but if we take the whole production of LNG from the well to propeller, it is one of the worst fuels that exists,” Debart said.

“The dry bulk fleet is by far the largest one. We have an average size in weight of about 75,000 tonnes and average power requirements of 10MW,” he continued.

“After that, we have the tanker fleet which is a little bit older and has an average age of 12 and a half years, average weight size of 65,000 tonnes and power requirements on average of 9MW.”

“Then we have the container fleet which is also about 12 and half years old. It’s a little bit smaller, about 55,000 tonnes, however container ships go really fast. We have power requirements of about 28MW on average.”

“Then we get to the interesting bit, which is the ROROs, the ferries, the small feeders, the general cargos, and these are very old. We are getting to an average age of almost 20 years old, average size is about 10,000 tonnes, and we’re looking at power requirements between 2-10MW depending on the ship types.”

“This fleet is going to get replaced slowly and I think that’s the biggest opportunity that we have for hydrogen and fuel cells.”

Debart was asked which regions or players will be the future producers and suppliers of hydrogen to the maritime sector?

“A lot of people are comparing hydrogen with LNG. One of the biggest differences is that hydrogen can be produced almost anywhere as long as you have some form of renewable energy, if we’re talking about green hydrogen obviously,” he replied.

“Europe will need to import for sure, but to start with we can see in Europe production of hydrogen happening in France, Norway, Germany, the Netherlands, and the UK.

“What we could see is localised production of hydrogen to start with, but eventually when more and more segments of the economy move to hydrogen, they will definitely need to import hydrogen from cheaper renewable areas, be it North Africa, Middle East, South America like Chile or even South Argentina.”

“I would assume North Africa would probably provide to Europe, Middle East could provide to Asia but also to Europe, South America, Chile and Argentina will provide for South America and North America if needed, although Canada today has one of the lowest prices in terms of green hydrogen production thanks to very cheap hydropower, same in Norway.”

“It’s going to be quite an interesting geographical representation of hydrogen production as opposed to LNG which is basically produced where there is oil.”

Debart was asked what he thinks the key drivers for use of hydrogen will be, to which he replied pressure from authorities, governments and authorities and the economical perspective.

“Pressure from governments and authorities, whether that’s national or regional, on CO2 and greenhouse gas emissions in general,” he explained.

“For example, we can see that the European Union (EU) is working on including shipping in the EU ETS (Emissions Trading Scheme) which will force ship owners to either reduce their emissions or buy allowances, basically type of fines if you want, for not submitting the reduction of emissions.”

“Secondly, it’s the economical perspective. As we have these fines and common pricings, basically the price of standard fuels is going to become more and more expensive.”

“At the same time, we’re going to see the price of hydrogen and fuel cells coming down as we’ve seen with the batteries.”

“It could happen very quickly where the price of carbon and the reduce price of hydrogen and fuel cells make it more economical viable to use fuel cells in hydrogen.”