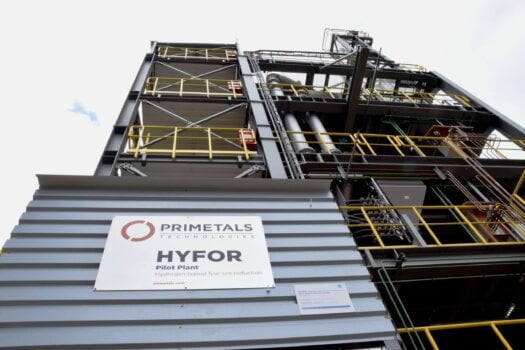 A not-for-profit entity with significant government funding, the centre aims to decarbonise Australia’s heavy industrial sectors, through methods such as switching from traditional coal and coke-based ironmaking processes to hydrogen-based production methods.

By deploying such technologies at scale in Australia, the centre believes it could transform the country into a major exporter of low-carbon, direct-reduced iron and therefore leverage the country’s natural endowments in mineral and clean energy resources.

Primetals Technologies is no stranger to such technologies, however, having deployed one third of Midrex DRI plants that are operated on 100% hydrogen. Earlier this year, the company also commissioned a pilot plant for its novel hydrogen-based fine ore reduction (HYFOR) technology.