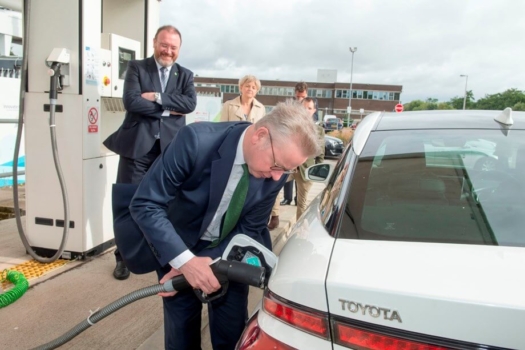 Aberdeen City Council Co-Leader Councillor Jenny Laing welcomed Gove to the hydrogen refuelling station at Kittybrewster. A tour of the facility was led by BOC Operations Manager for Production and Transport in Aberdeen, Findlay MacNeill.

The UK’s first hydrogen production and refuelling station was opened in Aberdeen in 2015, as part of a £19million green transport demonstration project. Since then, the city has upped its commitment to hydrogen and is now home to two hydrogen stations.

Chancellor of the Duchy of Lancaster and Minister for the Cabinet Office, the Rt Hon Michael Gove MP, said: “It was fantastic to witness first-hand the potential for hydrogen to transform both how we use travel, and the economy of the North East of Scotland.”