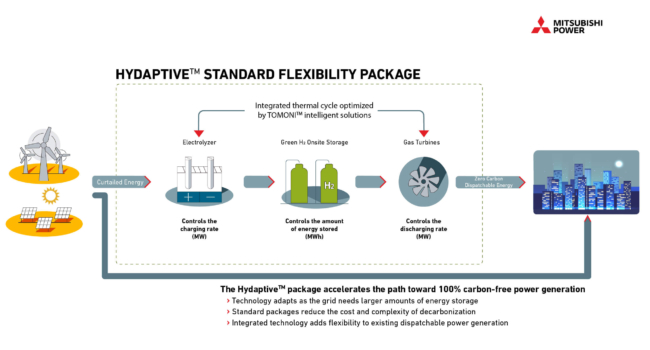 Mitsubishi Power has taken a major step towards 100% carbon-free power generation by launching what it believes to be the world’s first standard packages for green hydrogen integration, the Hydaptive™ package and the Hystore™ package.

The Florida-based company announced today that, on top of its two previously announced hydrogen projects, it has been selected as the green hydrogen storage integrator for three additional projects, totalling more than $3bn, that will use the new standard packages.

Paul Browning, President and CEO of Mitsubishi Power Americas, said, “We previously announced two green hydrogen projects in Delta, Utah, that were the inspiration for the Hystore™ package which provides massive long-duration storage of renewable energy.”